Column neighbors: The window of a Refugee

Into Syria is a photo of my Berlin kitchen on me. When will I be able to see it there? How long will it wait for me? The discrepancy between the rich and the 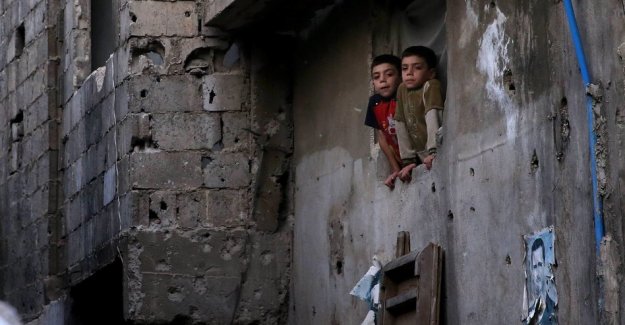 Into Syria is a photo of my Berlin kitchen on me. When will I be able to see it there? How long will it wait for me?

The discrepancy between the rich and the Poor is in Damascus high-photo: Imago/ITAR TASS

On the wall in my kitchen to hang right next to the window, three small old pictures that I painted at that time in Damascus. To the left of the window on the shelf the just-released edition of my short, the recovered stories of the long journey from the United Arab Emirates where they appeared, to Berlin.

to the left of the total output of an art magazine that I got from a Berlin as a gift, I meet often on my walks on the shore of the landwehrkanal. He drinks a lot of alcohol and playing table tennis. Since he found out by chance, that I'm a visual artist, he gives to me in every encounter, a magazine about art.

On a newspaper García Márquez's novel "one Hundred years of solitude" and the novel "Jubras joint" of the Syrian writer are Nabil Moulhem.

Moulhems novel plays in Damascus, and during the war. The locations of the action are the streets of the old town, the poor and the rich quarter. Moulhem shows the discrepancy between the rich and the Poor, and the relationships between them.

in addition to two books, a candle with the words "freedom, in many languages"; every Time I light the candle, burns a language.

All of these items I photographed and put on Facebook. A day later, my friend from the Syrian Tartous sent me, where she still lives, a photo of the wall decoration of your Bar.

in addition to the candle, and three wooden figures, which I picked up in the escape from Damascus. And to the left of all three Ikea shelves.

at the Top of the shelf, three plants and five bottles of different sizes and colors are available. The second level, two Souvenirs and one of the in Germany-based Syrian artist Boutros Almaari-painted ceramic bowl.

in addition to the shell, a small white flower vase, and a necklace that I declared in front of about four months on the way home from the hospital in a Store in the Berlin dieffenbach road rose and I, as a redundancy gift of an Unknown.

at the bottom of the shelf a cactus in a small clay pot of a friend from Damascus. And in addition, a basket made of straw, I don't know where I got it.

All of these items I photographed and put on Facebook. A day later, my friend from the Syrian Tartous sent me, where she still lives, a photo of the wall decoration of your Bar.

hangs There as a picture, the photo that I had posted on Facebook. Underneath she had written: "The window of a Refugee waiting for your return."

from the Arabic by Mustafa Al-Slaiman