There is always something going on at the opening of the Volksbühne in Berlin. 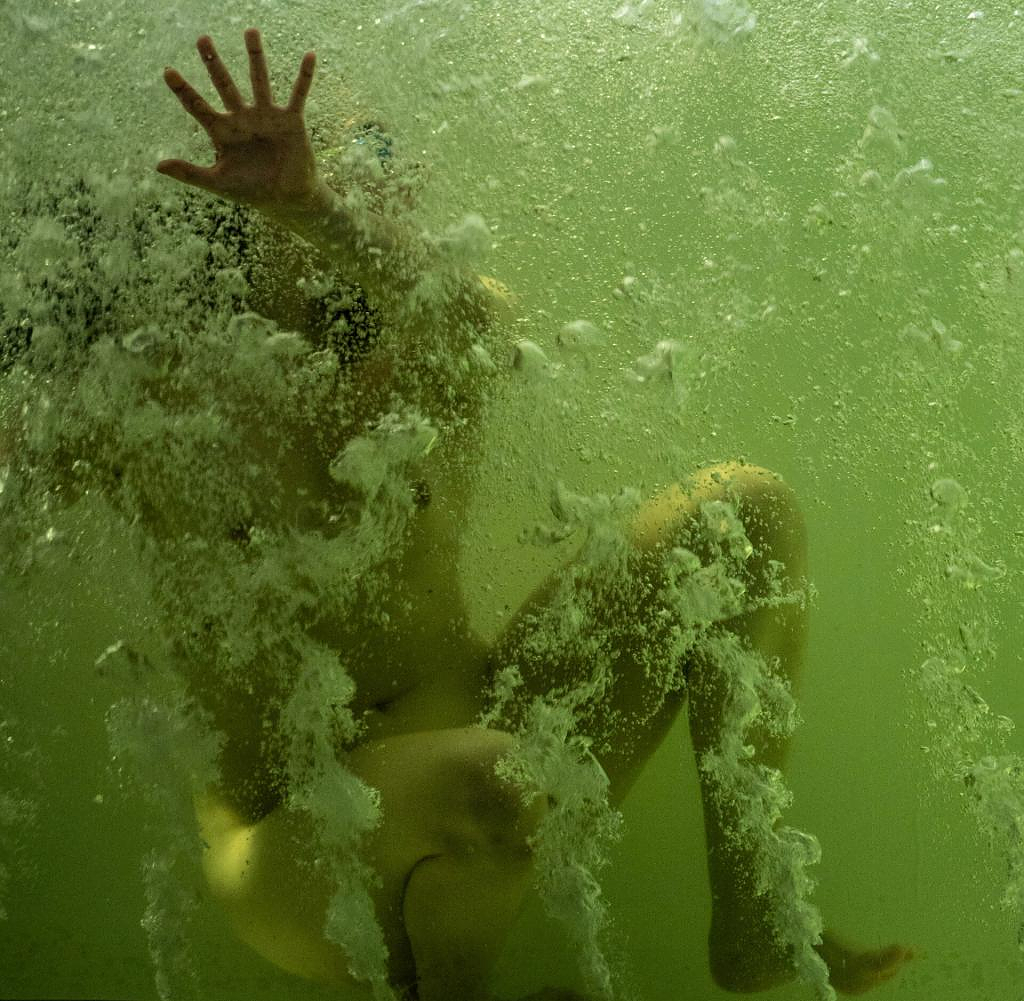 There is always something going on at the opening of the Volksbühne in Berlin. Last year, the audience at the premiere on Rosa-Luxemburg-Platz was greeted by a small group with the message "Get your knees vaccinated", a biting criticism of compulsory vaccination and other population control measures. The police who were called ended the protest, and the guests were then able to trot undisturbed to the desolate piece. On Friday, the state power remained unemployed, but was on site. René Pollesch, the director of the Volksbühne, currently has to fear that his house will be occupied by activists. Rumors have been circulating for weeks.

Now it has become more concrete: Pollesch warned in a message to the employees of the house to be more vigilant. He had information that there could be an occupation in the next 14 days. Should that happen, he would arrange for the immediate evacuation, the police have already been informed. The irony: When the Volksbühne was occupied in 2017, Pollesch was still a supporter and even described it as the best theater production of the year. But he doesn't want to tolerate such a spectacle on his own schedule.

Florentina Holzinger, with her extreme performances, is responsible for the spectacular at the Volksbühne. Recommended for ages 18 and up, according to the announcement for "Ophelia's Got Talent," Thursday night's season opener. Holzinger has been bringing naked women onto the stage for years. Whether it's the lively fecal excess ("No applause for shit") or the splatter ballet show ("Tanz") - the sensibility of the audience is so strained that it is at least a grateful topic of conversation in the otherwise dreary everyday theater routine. Last season she made her debut at the Volksbühne with "A Divine Comedy". Which of Dante's circles of hell one finds oneself in was left to the imagination of the audience when dissecting dead rats or live squirting.

"Ophelia's Got Talent" lives up to expectations with a sword swallower, an underwater escape artist (with the added thrill of a staged near miss) and live tattoo. Metal pierced through cheek flesh, face contorted in pain, blood spills. Marina Abramović likes that, realness instead of art. In the swimming pool on the stage, the naked bodies cavort as well as in the human aquarium behind it, water splashes. Water is also the overarching theme of the evening, as the famous watered corpse Ophelia suggests in the title. A few more mythical aquatic creatures are quoted, but nothing is actually done. The images change quickly, but remain unconnected.

At some point a helicopter is lowered, which the naked climb into like the cars in the shocker film "Titane". Shortly afterwards, when a pregnant body is torn open, one would not have been surprised about small propeller babies. But then a lighter is pulled out of a heap of bloody something and the stage is set on fire, the water is now splattered blood-red. Anyone else coming? Something has tipped over somewhere, but you don't know where and why, because an action is not recognizable at the time - and it will not be until the end of the almost three hours. Instead, an incessant bombardment of individual images and scenes.

Holzinger has mastered the whole keyboard. Something as beautiful and touching, even sublime, as the moment in which a rope artist swings through the dark room depicting a drowning man is seldom seen. But no atmosphere, no assertion is maintained, quickly hopping back to the next picture, in which either a trashy atmosphere of gossip is created or a rape story is hammered into you, and that without lubricant as for the speculum at the same time on stage. Because the evening wants everything from circus to trash TV satire to dance, and because it wants too much, it ultimately gains nothing.

In the end, hundreds of plastic bottles tumble into the pool - environmental pollution! —, a crowd of children appear, catching a drinking Captain Jack Sparrow cartoon representing the Boomers with a net and reciting esoteric verses about Mother Nature. The "Bad Habits" are probably to blame, as the final dance to Ed Sheeran suggests. As with previous pieces by Holzinger, it is evident that the powerful punches in the stomach area of ​​her feminist-turned Viennese Actionism have no expressiveness of their own, but tip over into harmless, well-meaning messages like from the health food store cheese counter. Only the presentation is extreme, analogous to the United Colors of Benetton advertisements in the nineties.

Perhaps strong stimuli are needed to bring a tired and resigned society into a temporary state of wakefulness. But it gives the impression that the apathy only gets stronger afterwards. In any case, the hipster audience at the premiere of "Ophelia's Got Talent" was roused from their seats by a euphoric final applause, which soon died down. There is also Instagram and other interesting things in the world of cool, weird or cute pictures. It is an evening that remains frighteningly poor in spirit, precisely because it hits it all, but which proves to be very up-to-date precisely because of this.

For Pollesch as director, Holzinger is a stroke of luck, an unused floor filler. Which is also urgently needed. Even for the next performance of Pollesch's "Are you okay?" in a few days, more of a ray of hope from the past season, the hall is far from sold out. The situation is so dramatic. And then there is the trouble with an alleged occupation, which now – before anything even happened – became public. It shows something fundamental: the break between Pollesch and the activist scene has been completed. It was a precarious alliance in which cracks have become increasingly apparent over the past few months. Now they threaten each other.

Groups like "Dust zu Glitzer" had expected their favorite Pollesch to finally be rewarded for their unconventional unsolicited application with the leading role in the cast at the time. But there was still no cooperation, the disappointment is great. In addition, Pollesch publicly entrenched himself behind phrases such as collective and platform, but was unable to strike a balance between different interests in-house. The fact that the threat of occupation has now become public must be understood as a new friend-foe rule. That could help to weld the notoriously broken-up bunch of activists together again.

There will be no showdown on Friday for the time being. And that, although Pollesch's outdoor and free production "The Perfect Day" on the forecourt of the theater seemed to be the perfect opportunity. Instead, Fabian Hinrichs rides in on a horse, reels off one of the typical Pollesch monologues, in which one ironic break is followed by the next. Heard everything before, especially better. The audience, not disciplined by the dark hall to watch in silence, amuses itself elsewhere. A collective sigh of relief in the back rows when, after 45 minutes in stormy autumn weather, it's finally over.

Escape to irony, that's what Pollesch tried two weeks ago at the press conference for the new season. Bad utilization? It felt full to him. Thinned game plan? It's good, more time for rehearsals, the artists can sleep in. The problem? bad press. Hinrichs also performs this ironic, but actually offended self-defense mode that tries to deconstruct every expectation of the game plan. Those who no longer expect anything can only be pleasantly surprised, also a form of audience development. Perhaps a play about a theater manager who went out to become an activist would have been more insightful. Or at least funnier.