Operators and technology, return to the festivals

Technological companies want to be present at music festivals, which this year recover their essence, through product testing spaces or the deployment of 5G. 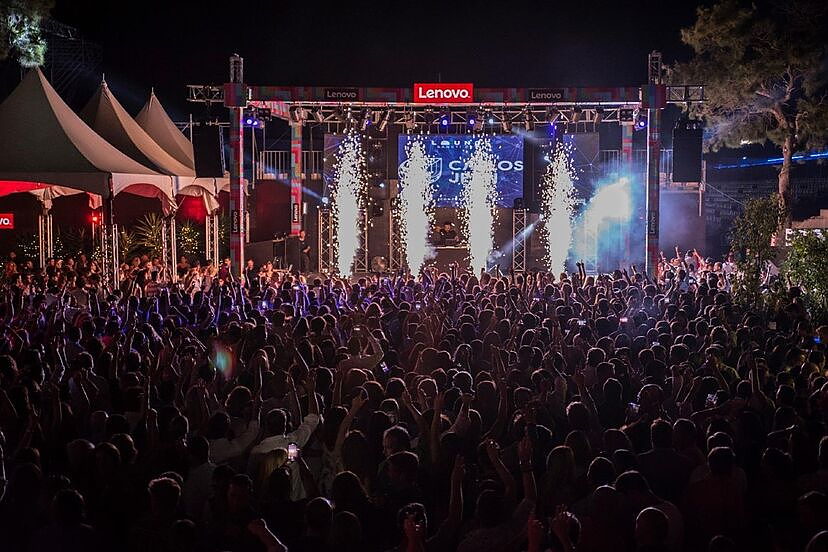 Technological companies want to be present at music festivals, which this year recover their essence, through product testing spaces or the deployment of 5G.

A few days ago, Orange announced that for the first time it would become a sponsor of a musical event, specifically the Mad Cool festival in Madrid, thus supporting the live music sector in its return after the harsh years of the pandemic.

The teleoperator enters fully into one of the main musical events in Spain with an investment of 110,000 euros with which it will deploy different 5G mobile stations and will also provide free Wi-Fi points for attendees, available in the restaurant area, VIP area, or in the Orange stand itself. In addition, thanks to the collaboration with Ericsson, the operator will exploit the new 5G technology combined with virtual reality glasses and panoramic images of the event so that users who want to put on the glasses and see in real time everything that happens in Mad Cool from a privileged point of view.

Another operator that has decided to bet heavily on this format is Finetwork. Despite his youth, 3 years of life, Manuel Hernández, CEO of Finetwork, assures that they entered this business for two reasons: on the one hand, to diversify their sponsorships beyond the world of sports and thus support the music sector after the pandemic. And on the other, because of "the visibility that this type of space offers us, which are crowded, and above all that the target audience of these events is also our own target. In addition to the media impact they have and the effect of generating trust and gain notoriety with our brand. The investment represents a very important effort for us but it is the strategy that we have decided to follow to find our place in a market as complex as telecoms".

Finetwork is this year the main sponsor of the Alejandro Sanz tour, the Rio Babel festival and the Sancti Petri Concert Music Festival. "Our participation in these events goes further, activating these investments with actions in the digital environment of very different profiles and always seeking to surprise and draw the attention of our potential clients. An example of this type of initiative is what we carried out in Rio Babel 2021 , and that led us to be awarded the prize for the best brand activation in Spain and Portugal at the Iberian Festival Awards, competing with brands such as Coca Cola, Hyundai or Mahou", adds Hernández.

But if there is a technology that stands out for its presence in musical events, that is Lenovo. The Asian company is the main sponsor of the Sancti Petri Concert Music Festival, in Cádiz, in addition to having participated in other festivals such as Sonorama or Pedralbes. "Visibility in this type of event is essential. Sancti Petri reaches many young people and it does not give us an accessible brand image. At the festival we have gaming areas, product test rooms... that can be enjoyed before Let the concerts begin. The business and the return it entails cannot be quantified, but it is a very valuable way of approaching customers and users," says Alberto Ruano, president of Lenovo in Spain.

The company does not give specific figures of its investment in the festival, but they assure that "the sponsorships of this type of festival start at 100,000 euros for a basic package, although the package is created ad hoc to the brand".

Other tech companies like Amazon have begun to sponsor these types of festivals thanks to their Amazon Music and Amazon Prime Video divisions. "Festivals represent key events to bring our audience together and connect with them through moments of fun and different brand activations that increase our recognition, connection and love towards the brand", they assure from the company that this year is present at the Primavera Sound and Mad Cool.

Another great technology that this year increases its festival presence is Uber. The VTC company also sponsors Mad Cool in addition to Dcode, making clear its commitment to becoming a key player in social and cultural life, beyond transportation, as demonstrated by the launch of Uber Explore, a new functionality for buying tickets to museums, exhibitions or concerts.

‹ ›
Keywords:
EconomiadigitalcompaniasArteCultura Y Espectáculos MúsicaMad CoolEspañaLenovoCádizAlejandro SanzEconomía DigitalAmazonUber
Your comment has been forwarded to the administrator for approval.×
Warning! Will constitute a criminal offense, illegal, threatening, offensive, insulting and swearing, derogatory, defamatory, vulgar, pornographic, indecent, personality rights, damaging or similar nature in the nature of all kinds of financial content, legal, criminal and administrative responsibility for the content of the sender member / members are belong.
Related News