U. D. Maracena renews large portion of its squad 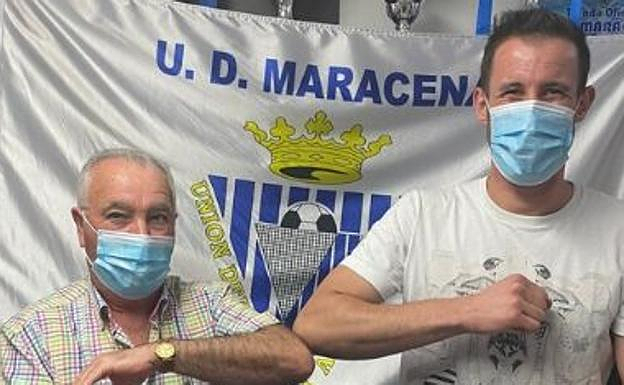 U. D. Maracena had been planning for the next season for some time after it was decided that the Third Division would be ended without relegation, and with an express promotion system. The metropolitan team was left with one more season in Third Division. From that point, the Maracen team started to prepare for 2020/21 season.

Jaime Morente was the first to be inducted, and will take over from Gabri Padial as bench coach. In recent days, the team announced the renewal of several of its heavyweights. Peri Crespo and Ruben Haro were the first to be renewed. Javier Gallo, Ruben Martinez, and Migue Peinado Luis Herrera followed shortly.

This means that most of the Maracena squad will be wearing blue again for the next campaign. They also renewed Luis Torres as coach of the youth team. He will remain at the top of the bench for one more year after being promoted in this unusual season.

‹ ›
Keywords:
MaracenaRenuevaGranPartePlantilla
Your comment has been forwarded to the administrator for approval.×
Warning! Will constitute a criminal offense, illegal, threatening, offensive, insulting and swearing, derogatory, defamatory, vulgar, pornographic, indecent, personality rights, damaging or similar nature in the nature of all kinds of financial content, legal, criminal and administrative responsibility for the content of the sender member / members are belong.
Related News