"The distribution of refugees is not appropriate"

Hamburg's Mayor Peter Tschentscher calls for a fairer distribution of refugees among the federal states. 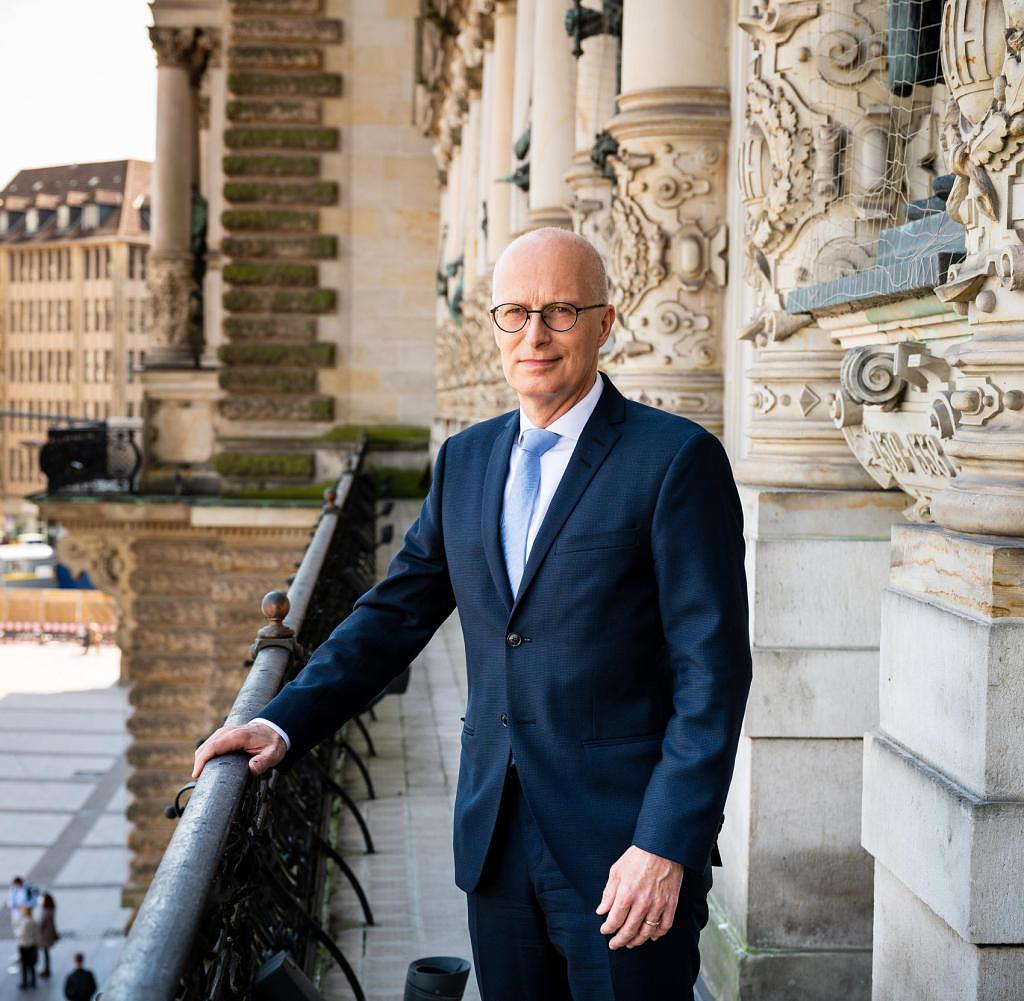 Hamburg's Mayor Peter Tschentscher calls for a fairer distribution of refugees among the federal states. The actual whereabouts of the refugees must be taken as a basis, said the SPD politician. "The distribution of the refugees according to the Königsteiner key is not appropriate for the refugee question because it is not about economic strength and financial power, but about the fact that space and space are needed to accommodate refugees. And they are not as available in a densely populated city-state as is the case in non-city states.”

The Königsteiner key, which the federal states use for distribution in financing questions, only takes the number of inhabitants into account for one third, while the tax revenue – i.e. the economic power – accounts for two thirds.

According to Tschentscher, if only the number of inhabitants was used as a basis for the distribution of refugees, that would mean “several thousand fewer refugees” for the Hanseatic city. In a further step, however, the whereabouts of the refugees must also be taken into account. "We not only need a distribution according to the number of inhabitants, but it must also be ensured that the refugees actually stay in accordance with this quota," said the mayor.

In many cases, refugees would leave the federal state to which they were distributed. This would result in major differences between the states - "ultimately always with the result that the city states as a whole, and Hamburg in particular, end up taking in a larger number of refugees than other comparable cities in Germany," said Tschentscher.

According to the authorities, 20,000 new accommodation places in public facilities have been created in the Hanseatic city since the summer alone. More than 50,000 people are in public accommodation. The accommodation of new refugees is increasingly presenting Hamburg with problems given the scarcity of space. "We're working at the limit," said Tschentscher.

The state of Bremen also sees itself at the edge of its capacity when it comes to taking in refugees. "Bremen is cosmopolitan and helpful, we don't close our eyes to the needs of others. That will remain so in the future," said Mayor Andreas Bovenschulte (SPD) of the German Press Agency. “Many Bremen residents have made housing available for people who have fled the Ukraine in recent months. The Senate has also created shelters. But we are reaching the limits of our possibilities.”

This not only affects living space, but also places in schools and daycare centers. The number of refugees in Bremen is approaching the level of 2015/16 - the year with the highest level so far. "That causes us considerable problems," said Bovenschulte.

"If it were based on the number of inhabitants, we would have to take in 0.82 percent of the refugees in the state of Bremen. In fact, we are assigned 0.96 percent," said Bovenschulte. The reason is that the key also takes into account the economic strength and tax revenue of each federal state in addition to the number of inhabitants. “Because of the tense situation on the housing market, it is not possible to accommodate refugees disproportionately in large cities in the long term. The key should therefore be adjusted for the city-states.”

The integration of the refugees will also be a challenge. “We already have a proportion of almost two-thirds of the under-six-year-olds in Bremen who have a migration background. Only 44 percent of all school children in Bremen always speak German at home. That shows the magnitude of the challenge we face.”

‹ ›
Keywords:
HamburgLauterbachJörnUkraineFlüchtlingeTschentscherPeterBremenPeter TschentscherMigration
Your comment has been forwarded to the administrator for approval.×
Warning! Will constitute a criminal offense, illegal, threatening, offensive, insulting and swearing, derogatory, defamatory, vulgar, pornographic, indecent, personality rights, damaging or similar nature in the nature of all kinds of financial content, legal, criminal and administrative responsibility for the content of the sender member / members are belong.
Related News