30 years after the arson attack in Mölln, Federal Interior Minister Nancy Faeser called for decisive action to be taken against racism. 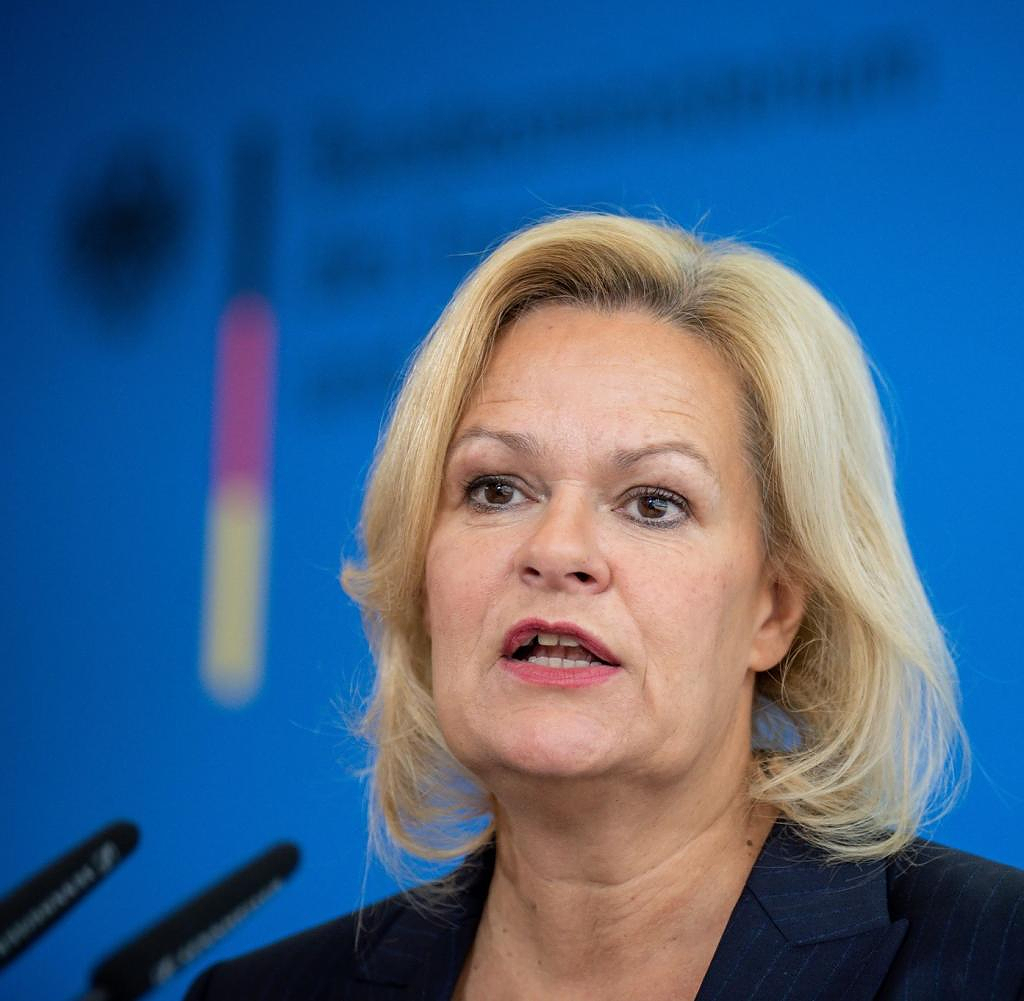 30 years after the arson attack in Mölln, Federal Interior Minister Nancy Faeser called for decisive action to be taken against racism. The act of the right-wing extremists did not come out of nowhere, Faeser wrote on Twitter on Wednesday. "The agitation against people of other origins prepared the ground for her." The murder remains a reminder to act decisively and harshly against racist agitation and violence.

The racist arson attacks in Mölln with three dead people are 30 years old. On the night of November 23, 1992, two neo-Nazis threw incendiary devices on two houses in the old town of Mölln that were occupied by Turkish families. The 51-year-old Bahide Arslan and her granddaughters Yeliz Arslan (10) and Ayse Yilmaz (14) were killed. Nine other people were injured. This Wednesday, the city in Schleswig-Holstein will commemorate the events that are still causing shock nationwide with a memorial service and wreath-laying ceremony at the two sites of the attack.

Federal Agriculture Minister Cem Özdemir (Greens) wrote on Twitter on Wednesday that the racist arson attack had shaken the trust of many people with a migration background in German society and politics. He will never forget "that my parents were also considering putting a ladder on the window for 'emergencies'."

The state parliament in Kiel also recalled the deadly arson attacks. "We declare our solidarity with those affected by right-wing and racist violence," said a joint resolution that all five factions had agreed on.

The state parliament feels deep sympathy for the physically and mentally injured survivors and the relatives of the victims of the arson attacks, who still have to live with the memories of these crimes today. "We deeply regret the pain caused by the attacks."

"The attacks do not stand alone, but are part of a series of right-wing extremist and racist acts committed throughout Germany," the state parliament resolution continues. From Parliament's point of view, it is necessary to continue to take effective measures to combat right-wing extremism and racism in order to prevent acts of violence like those in Mölln. "The victims of right-wing violence and their protection must be the focus of all efforts." Everyone in Germany should be able to live safely.

‹ ›
Keywords:
NewsteamFaeserNancyRassismusTexttospeechNancy FaeserTwitterMöllnBahide ArslanCem ÖzdemirGrüneAyse YilmazGewaltMordAnschlagVerbrechenRechtsextremismusBrandanschlägeKrimi
Your comment has been forwarded to the administrator for approval.×
Warning! Will constitute a criminal offense, illegal, threatening, offensive, insulting and swearing, derogatory, defamatory, vulgar, pornographic, indecent, personality rights, damaging or similar nature in the nature of all kinds of financial content, legal, criminal and administrative responsibility for the content of the sender member / members are belong.
Related News