The Tribunal des Comptes (equivalent to the Cour des Comptes in France) updated its "Transparency" section and added a document on Monday in which it lists the "procedures with sanction concerning the accounting of the 2019 local elections". 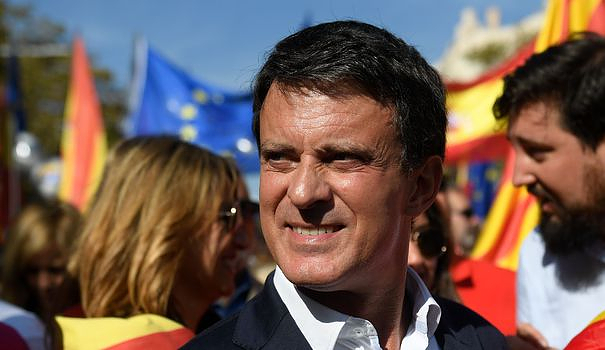 The Tribunal des Comptes (equivalent to the Cour des Comptes in France) updated its "Transparency" section and added a document on Monday in which it lists the "procedures with sanction concerning the accounting of the 2019 local elections".

"Barcelona pel Canvi-Ciudadanos" (Barcelona for change), the former political group of Manuel Valls within the city council was fined 251,698 euros to which is added a penalty of 25,000 euros for exceeding the ceiling of the maximum limit of expenditure on outdoor advertising.

In May 2019, Manuel Valls came fourth in the municipal elections in his hometown with the support of the liberal anti-independence party Ciudadanos, after the failure of his presidential ambitions in 2017 in France.

The Tribunal des Comptes had noted in a report, in March 2021, undeclared campaign expenses for a total value of 189,497 euros.

These funds came, for the most part, from the "Barcelona Capital Europea Association", the platform on which Manuel Valls had presented his candidacy before forming a coalition with independents and members of Ciudadanos.

Used for the benefit of the electoral campaign, this money should have come from the coalition and not from the association, considered as “a third party”, underlined the report.

In addition, the Tribunal des Comptes had also observed an overrun of the authorized spending limit, with 126,819 euros more than the authorized amount, i.e. an excess of 71.15%.

In June, Manuel Valls, invested by the presidential majority to represent the French abroad, particularly in Spain and Portugal, had been eliminated in the first round of the legislative elections, a new fiasco for the former Prime Minister who since discreet.