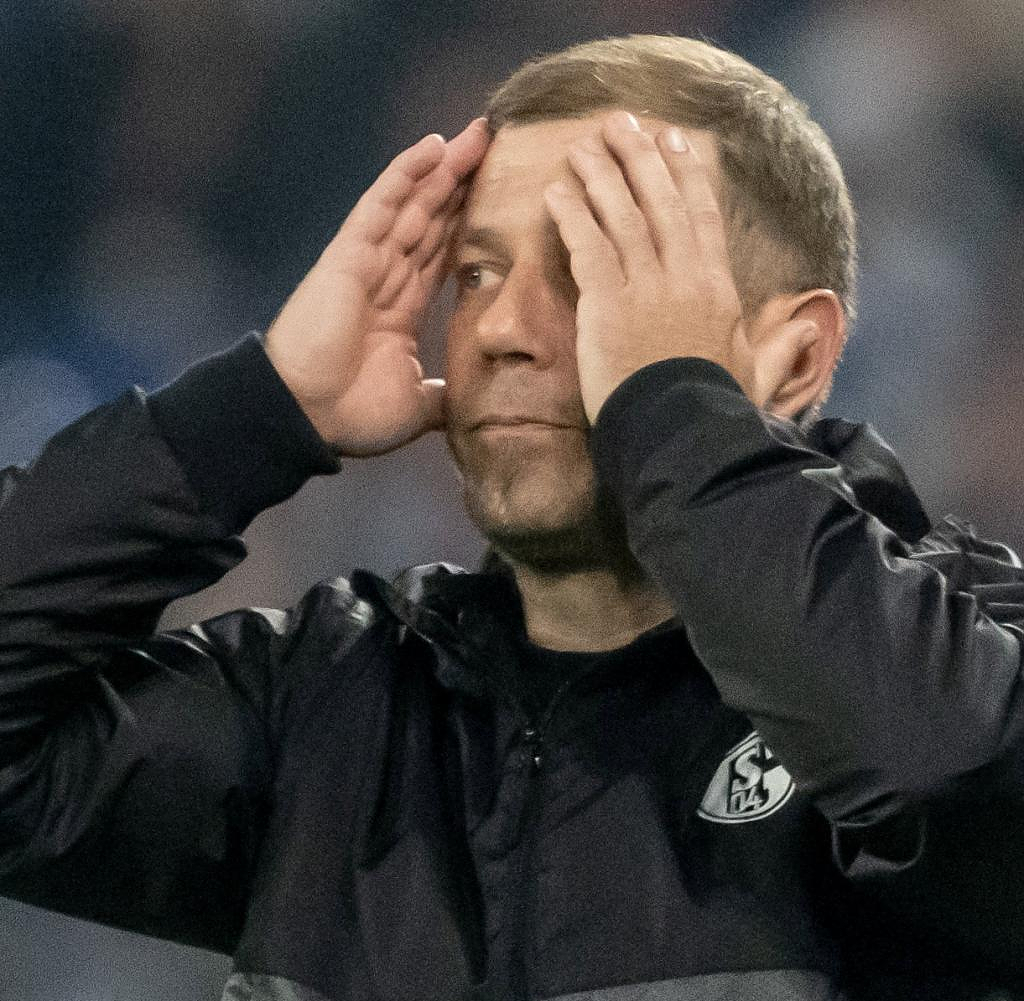 FC Schalke 04 parted ways with coach Frank Kramer after just four months. Kramer will be released from his duties with immediate effect, the Bundesliga club announced after the 5-1 (3-0) defeat against TSG 1899 Hoffenheim in the second round of the DFB Cup on Tuesday evening.

“After promotion, we all committed to one goal: staying up in the Bundesliga. Right up to the end, we were convinced that we could turn the tide in the current situation. From our point of view, the time has now come when we have to make personnel changes," said sports director Rouven Schröder in a club statement on Wednesday.

In the end, the end of the cup was too much, especially because the Royal Blues, who were completely overwhelmed, gave a speechless performance. Four days after the 0: 3 in the league against the Kraichgauer, the Schalke professionals in the cup seemed discouraged and unimaginative for long stretches. The fifth competitive defeat in a row for the table penultimate and Kramer, who had recently received another deadline from the sporting management around Schröder, changed thinking. Because the pressure on Schalke in the usual excited environment had become too great. In addition to the defeats and the early relegation battle, those responsible were particularly concerned about the lack of playful prospects for the promoted team.

For weeks, the football offered by the Royal Blues could hardly be classified as suitable for the Bundesliga. Many individual mistakes of the qualitatively manageable squad, plus an unrecognizable game idea, made those responsible move away from Kramer in the end. The 50-year-old had lost the support of some of the fans since the terrible 0: 4 at Bayer Leverkusen on October 8th.

Who sits on the bench in the game at Hertha BSC (5.30 p.m., in the WELT sports ticker) on Sunday is open. Training on Wednesday is led by the assistant coaches. One possibility would be to promote assistant coach and club icon Mike Büskens to interim coach again. Apparently this is not an option at the moment. The hottest successor candidate is Thomas Reis. The former coach of unloved neighbors VfL Bochum was already a candidate for Schalke in the summer. After his exit in Bochum, Reis would now be available.