On Saturday, June 4, at 10:30 AM, the Teatro Principal will be host to the V Local Women's Meeting. 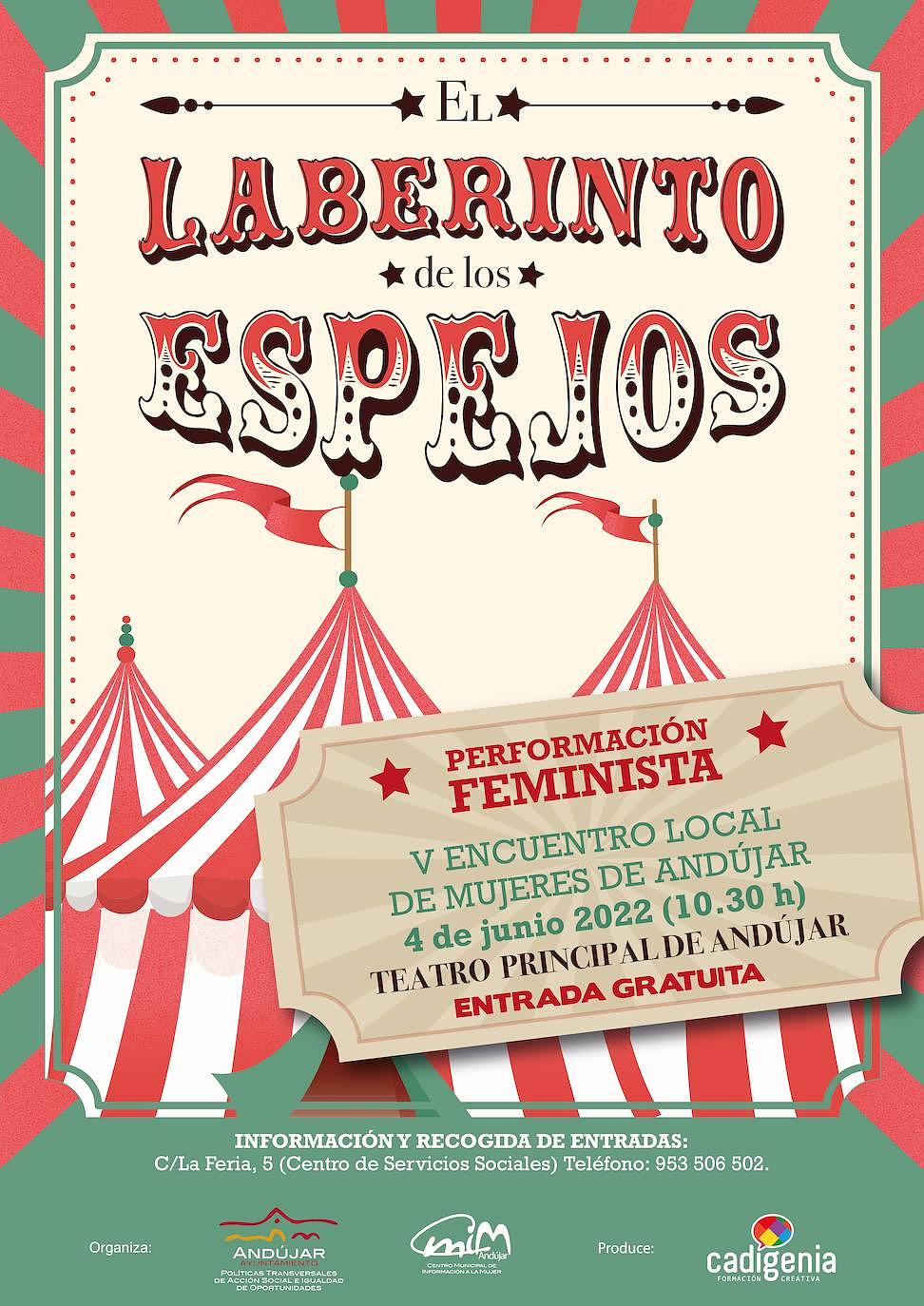 On Saturday, June 4, at 10:30 AM, the Teatro Principal will be host to the V Local Women's Meeting. This event is promoted by the Department of Transversal Policies for Social Action and Equal Opportunities of City Council.

The meeting will be resumed following the pandemic, which coincides with the closing of activities by women's associations and groups, just before the start of summer. The day will include the performance of "The Mirror Labyrinth", a show in which humor, provocation, and wonder will all play a major role. It aims to promote citizen action, the rethinking and analysis of sexist clichés, strengthen skills and strengths that can help women achieve their goals, and integrate feminism as a tool for changing society.

Maria Jesus Exposito was the person in charge of the region. She explained that, since 2016 when the Andujar City Council started these women's meetings, "it has managed consolidate its own space aimed towards women with which the participation and participation of an associative movement.

Exposito explains that the activities are meant to promote the unity and visibility of all the women groups in the town. He also remarks that they "propose new common objectives that favor an egalitarian society."

‹ ›
Keywords:
TeatroPrincipalAndujarAcogeraProximoJunioEncuentroLocalMujeres
Your comment has been forwarded to the administrator for approval.×
Warning! Will constitute a criminal offense, illegal, threatening, offensive, insulting and swearing, derogatory, defamatory, vulgar, pornographic, indecent, personality rights, damaging or similar nature in the nature of all kinds of financial content, legal, criminal and administrative responsibility for the content of the sender member / members are belong.
Related News