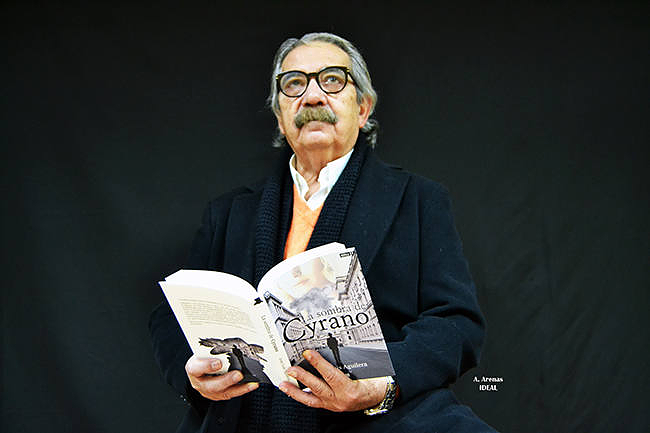 This Friday, October 29th, at 7:30 p.m. the Carmen Jimenez Center will host the presentation of La sombra de Cyrano' by Jose Luis Aguilera, a Granada-born writer.

The Department of University Extension and Knowledge Transfer of La Zubia organized the event and, according to Natalia Arregui (councilor), "to once more build bridges between our municipality and academic institution."

Jose Luis Aguilera holds a diploma and a doctorate (in statistics) from the University of Granada. He also received an extraordinary award for a bachelor's and doctorate. He has published books and articles in the UGR editorial, as well as in national and international magazines. All of these publications are related to his academic specialization and Olympism.

He is a professor and an extraordinary collaborator at the University of Granada. He teaches in the faculties of Philosophy, Letters and Sports Sciences. He was previously a manager in private hospitals.

"The shadow of Cyrano" is a meditation on the human condition. The protagonist, without shame, takes off his clothes and brags to the reader. He then reviews his life, including his shadows and lights, and his regrets and discontent. The story of a life where hope and despair, daydream and reality and joy and sadness, mischief, goodness, virtue, and vileness coexisted. All of this is narrated by the serenity that comes from the years.

Jose Luis Aguilera has created a story in which the banners for stupidity, vanity, insincerity, contempt of others, lack of scruples, envy, and insincerity are lifted and praised. He also rescued various characters from his memory and they communicate their thoughts to you. They also undress themselves before the reader.

‹ ›
Keywords:
JoseLuisAguileraPresentaraSombraCyranoZubia
Your comment has been forwarded to the administrator for approval.×
Warning! Will constitute a criminal offense, illegal, threatening, offensive, insulting and swearing, derogatory, defamatory, vulgar, pornographic, indecent, personality rights, damaging or similar nature in the nature of all kinds of financial content, legal, criminal and administrative responsibility for the content of the sender member / members are belong.
Related News