Hamburger SV is on record hunt. 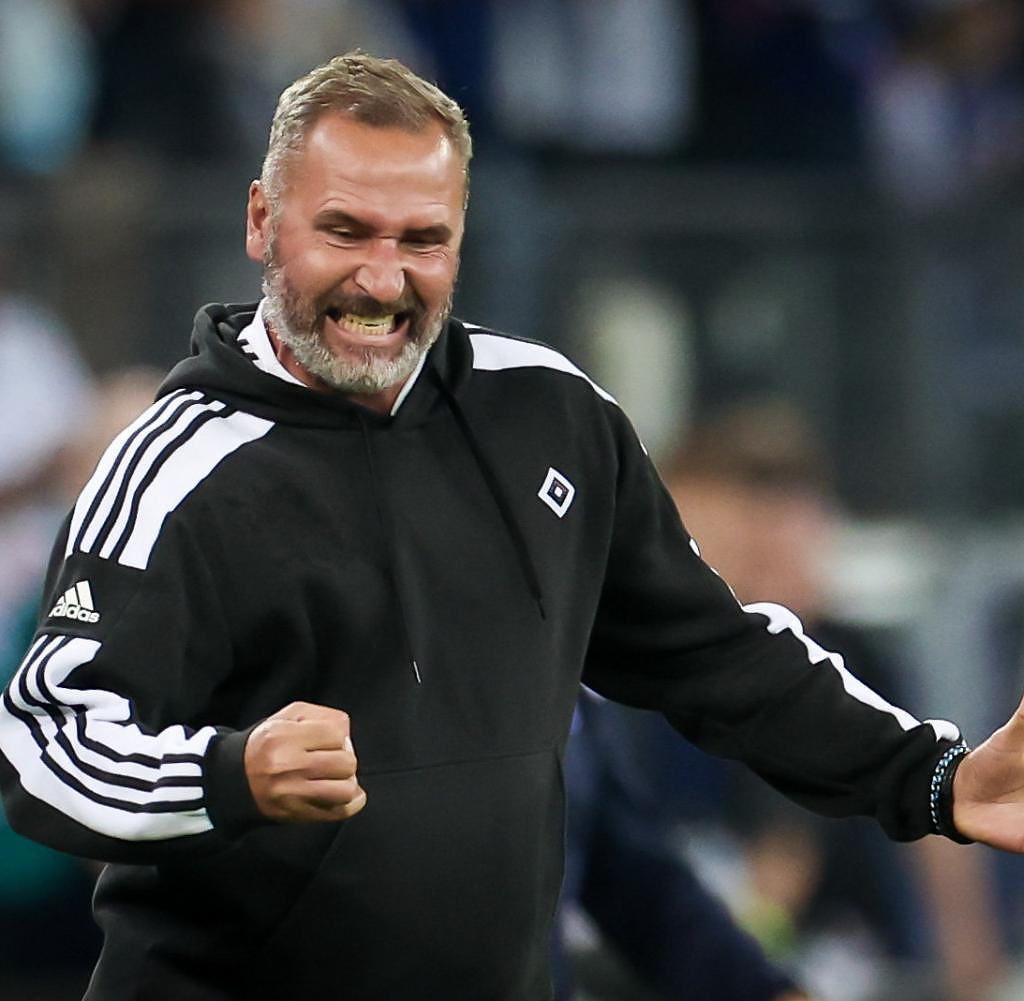 Hamburger SV is on record hunt. If he wins his home game in the 2nd Bundesliga against newly promoted 1. FC Kaiserslautern on Saturday at 8:30 p.m. (Sport 1, Sky), he has achieved what he last managed to do in 1979: six point game wins in a row. At that time, the Hamburgers managed to do that under the command of coach Branko Zebec. In the end they became German champions.

"Nice," said coach Tim Walter on Thursday, "but I'm not interested in statistics." At least the 46-year-old confirmed: "We now have five wins in a row and show that we're on the right track."

The fact that the record series dates back 43 years shows how rare it is. Another six-pack could be a good omen for HSV in its fifth second division season. The Rautenclub is currently five points ahead of the relegation place at the top of the table and wants to continue its stable performance against FCK.

"We look forward to every game," said Walter and promised "a lot of will, a lot of energy and above all unity." The guests haven't lost in five games, but they haven't won either. After five draws in a row, they are seventh in the table. "They are really good for a climber, really stable," Walter praised the Palatinate. They even scored three more goals than Hamburg, but have also conceded ten more. Fast switching game and set pieces are the chocolate side of the Lauterer. "Because of the history, it's rightly a top game," said Walter.

But the fan has to dig for a long time to come across the common past. In March 2012 both teams faced each other for the last time. Back then in the 1st league. There was a 1-0 for HSV on the Betzenberg. Lauterer's last victory was in September 2004 (2-1).

The paths of the founding members of the Bundesliga crossed 88 times in the German elite league. In the 2nd league, however, the reunion is a premiere. "It's hip again to go to HSV," said Walter, praising his team and the enthusiasm of the spectators. For the first time this season, the Volksparkstadion with its 57,000 seats will be sold out. "The 2nd division is moving," asserted the HSV coach. "We showed that we are fun."

Walter sees a clear development of his team this season. "We had problems at the beginning," he said. Personnel planning and transfer speculation had triggered unrest and uncertainty. With unity and an "extreme team spirit" the team caught themselves and made a conspiratorial bunch. "Everyone steps on the gas, everyone wants to play," enthused Walter. "That spark jumps over to the viewers."

Even the quarrels in the leadership of the club cannot scratch this unity. “We perceive the background noise, but don't let it get to us. We're going on our way undeterred and we're noticing that the fans are going along with us," said Walter proudly.