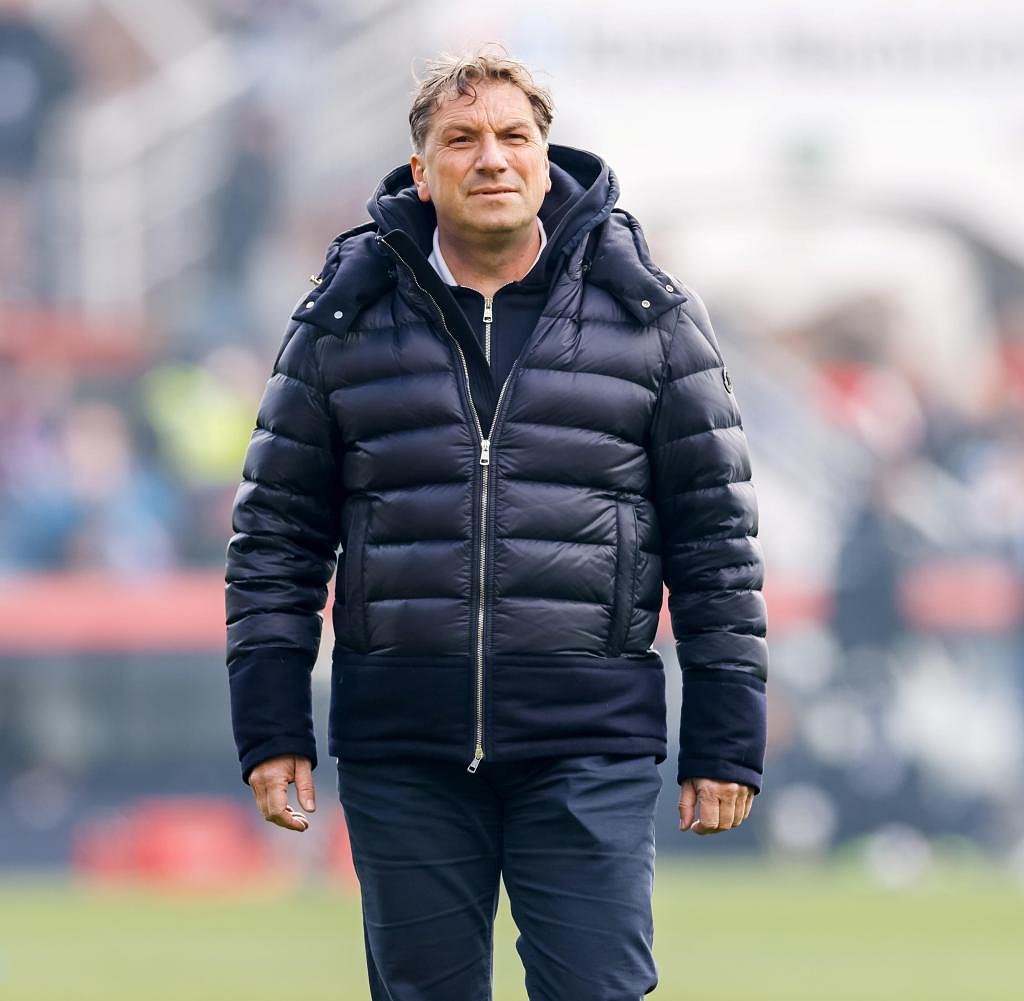 Chief Financial Officer Thomas Wüstefeld has announced his resignation from the second division soccer team Hamburger SV. In an extraordinary meeting of the supervisory board, the 53-year-old informed "that he is resigning from his supervisory board position with immediate effect and thus also from his interim role as a board member," HSV announced on Wednesday evening. The supervisory board accepted the decision and decided that sports director Jonas Boldt “will initially manage the operational business of HSV as the sole director”.

"I am aware of the responsibility and will tackle the upcoming tasks in very close cooperation with my colleagues in the office as well as with the Supervisory Board and especially with the Finance Committee," Boldt was quoted as saying in the press release.

Several allegations had been made against the medical entrepreneur Wüstefeld in the past few weeks. He denied a report about alleged illegal drug deals. "I can assure you that there is nothing to it," he said recently, pointing out: "There is a campaign by competitors behind it."

The news magazine "Spiegel" reported that Wüstefeld started manufacturing cannabis products three years ago and offered oils containing cannabidiol as medical products. The Hamburg authority for justice and consumer protection checked whether the sale could have been illegal. The drugs are said to have come on the market via a Luxembourg company. In 2020, according to the report, the authorities there banned distribution and ordered a recall. Swiss control authorities also found that the products “do not meet the basic requirements for medical devices,” it said.

Most recently, Wüstefeld was a guest at the Hamburg Parliament several times. Here he had to explain to the budget committee why the 23.5 million euros that the city had paid the club for a piece of land were not used to renovate the stadium with a view to the EM 2024 as agreed. The money was - before Wüstefeld's time on the board - transferred to general gaming operations, i.e. spent. Now the city is said to be available as a guarantor for a loan that Wüstefeld is hoping for from sponsor HanseMerkur, but this is rejected.

One of the open questions is whether there is a financial concept for the restructuring, who is financing it - or whether Uefa Hamburg might withdraw from hosting the planned five games, which would do immense damage to its image.

At the same time, Wüstefeld's withdrawal could also open the door for sponsor and shareholder Klaus-Michael Kühne, who had promised a further 120 million in funding, but made it clear that he no longer saw Wüstefeld at the head of the spun-off professional department.

‹ ›
Keywords:
Hamburger SVLauterbachJörnZweite LigaFußballHamburgJonas BoldtMusikHSVSpiegelRücktrittThomas Wüstefeld
Your comment has been forwarded to the administrator for approval.×
Warning! Will constitute a criminal offense, illegal, threatening, offensive, insulting and swearing, derogatory, defamatory, vulgar, pornographic, indecent, personality rights, damaging or similar nature in the nature of all kinds of financial content, legal, criminal and administrative responsibility for the content of the sender member / members are belong.
Related News