Less than a month before COP27, which is to take place in November in Egypt, the UN and the International Federation of Red Cross and Red Crescent Societies (IFRC) call in a joint report to prepare for the upcoming heat waves to avoid large numbers of deaths. 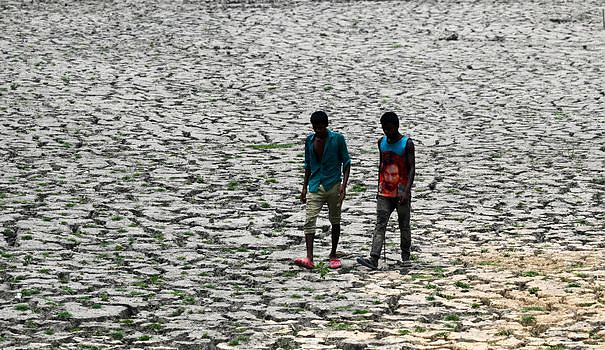 Less than a month before COP27, which is to take place in November in Egypt, the UN and the International Federation of Red Cross and Red Crescent Societies (IFRC) call in a joint report to prepare for the upcoming heat waves to avoid large numbers of deaths.

"Under current trajectories, heat waves could reach and exceed these physiological and social limits in the coming decades, especially in regions such as the Sahel, South Asia and Southwest Asia," write -they.

Such a situation will result in "large-scale suffering and loss of human life, population movements and worsening inequalities", warn the two organizations.

According to the report, almost everywhere reliable statistics are available, heat waves are the deadliest weather hazard.

They already kill thousands of people each year and will become more and more deadly as climate change increases, say in the report Martin Griffiths, head of the UN humanitarian agency, and Jagan Chapagain, secretary General of the IFRC.

According to the report, experts predict very high death rates from extreme heat, "comparable in magnitude, by the end of the century, to all cancers".

This year, regions or entire countries of North Africa, Australia, Europe, South Asia and the Middle East have suffocated under record temperatures, but also China and the western United States. United.

The report recalls that extreme heat is "a silent killer" whose effects will amplify, posing enormous challenges to sustainable development while creating new humanitarian needs.

"The humanitarian system cannot afford to solve a crisis of this magnitude on its own. We are already underfunded and under-resourced to respond to some of the worst ongoing humanitarian crises this year," Griffiths said. press conference.

The organizations call for urgently making significant and sustainable investments to mitigate the impact of climate change and support the long-term adaptation of the most vulnerable populations.

According to a study cited by the report, the number of poor people living in extreme heat conditions in urban areas will jump by 700% by 2050. The highest increases are expected to occur in West Africa and Asia. from the South East.

"The climate crisis is intensifying humanitarian emergencies around the world. To avoid its most devastating effects, we must invest equally in adaptation and mitigation, especially in countries most at risk," said Mr. Chapagain.

The UN and the Red Cross emphasize that it is equally important to recognize that adaptation to extreme heat has limits.

Some of the measures taken, such as increasing energy-intensive air conditioning, are costly, environmentally unsustainable and themselves contribute to climate change.

If emissions of the greenhouse gases that cause climate change are not 'aggressively' reduced, the world will face 'extreme levels of heat hitherto unimaginable', warn the two organisations. .