GRX: The newspaper of the Province of Granada

Granada se puebla is the cover song for the weekly GRX edition. 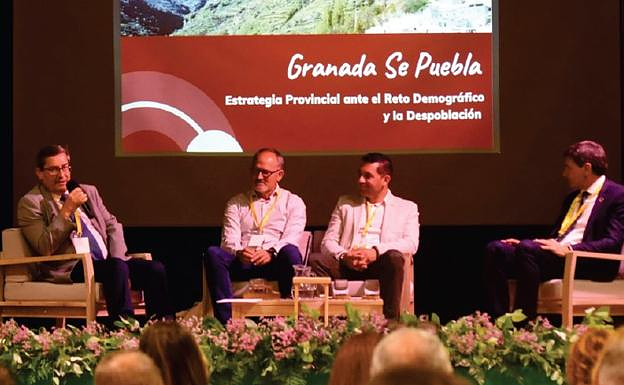 Granada se puebla is the cover song for the weekly GRX edition. The Granada Provincial Council has taken the initiative to implement measures that will stop rural exodus while also attracting new residents. Jose Entrena, the president of the province corporation presented a very ambitious project with biannual action plan. He was accompanied by Pedro Fernandez, the Government delegate to Andalusia.

European funds are another topic highlighted on the cover. This is due to the 'functional Unit' of the municipalities in the metropolitan area, managed by the Granada Provincial Council. It allows for efficient management of different European aid programs, such as the Urban Agenda 2030.

Third, the renewal of the agreement between Provincial Council of Granada and Caritas is the issue that was highlighted. This will allow the Food Bank to continue supporting families living in social vulnerability areas in the province.

These and other news can be read in the digital version of the book that you'll find below.

‹ ›
Keywords:
PeriodicoProvinciaGranada
Your comment has been forwarded to the administrator for approval.×
Warning! Will constitute a criminal offense, illegal, threatening, offensive, insulting and swearing, derogatory, defamatory, vulgar, pornographic, indecent, personality rights, damaging or similar nature in the nature of all kinds of financial content, legal, criminal and administrative responsibility for the content of the sender member / members are belong.
Related News