"The death penalty is totally abolished in the Republic of Equatorial Guinea", states the law of the new Equatorial Guinean penal code, signed by the Head of State, and of which the Vice-President posted extracts on Twitter. 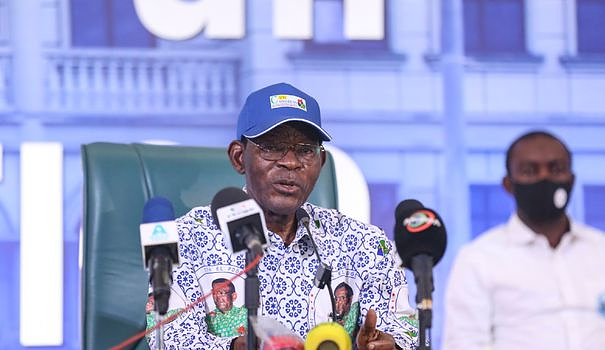 "The death penalty is totally abolished in the Republic of Equatorial Guinea", states the law of the new Equatorial Guinean penal code, signed by the Head of State, and of which the Vice-President posted extracts on Twitter.

On state television, the event was announced in a pithy way at the end of the television news, a journalist qualifying the event as "historic for our country".

Those sentenced to death in Equatorial Guinea were usually shot by soldiers. The last official execution in the country dates back to 2014, according to Amnesty International. But the regime is regularly accused of abuses by international NGOs.

"I write it in capital letters to seal this unique moment: "EQUATORIAL GUINEA HAS ABOLISHED THE DEATH PENALTY", tweeted Vice President Teodoro Nguema Obiang Mangue, nicknamed Teodorin, one of the sons of the Head of State , ubiquitous for two years on the political scene and presented as his dolphin.

Previously adopted by parliament, where 99 of the 100 deputies sit on behalf of the Democratic Party of Equatorial Guinea (PDGE), the presidential party, the provision will come into force "within 90 days of its publication in the official state bulletin". , clarifies the text.

Amnesty International had estimated that in the space of three months, several thousand young men had been arrested across the country.

"Under the guise of fighting crime, the authorities arbitrarily arrest and detain young people, many of whom are tortured, ill-treated or lose their lives, or are subjected to enforced disappearance," said Marta Colomer, head of campaigns for Central and West Africa to Amnesty International.

Amnesty International denounced the same year the torture, political repression and numerous human rights violations under the presidency of Teodoro Obiang Nguema, citing in particular a law prohibiting torture approved in 2006 but which has not been applied.

About fifty states continue to apply the death penalty in the world.

In Africa, more than 30 countries maintain the death penalty in their legislation, although just under half have carried out executions in recent years.

In Equatorial Guinea, rich in gas and oil, the vast majority of the 1.3 million inhabitants live below the poverty line, according to the World Bank.