During this unscheduled meeting, Mr. 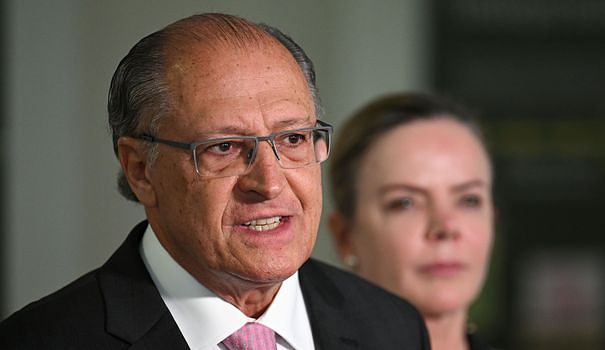 During this unscheduled meeting, Mr. Bolsonaro expressed "the readiness of the federal government to provide all the information and assistance necessary for a harmonious transition", told the press Mr. Alckmin, instructed by the Head of State elected leftist Lula to coordinate the transition process.

He described the meeting as "positive". Jair Bolsonaro, narrowly beaten last Sunday (49.1% against 50.9%) had remained silent two days before authorizing this transition by declaring that he "would respect the Constitution".

But he did not explicitly acknowledge his defeat or congratulate Lula, which raised fears of a turbulent period between now and Lula's enthronement on January 1.

The "transition has begun" between the current government and the one to be formed by Lula, Mr. Alckmin had previously announced, assuring that the process had started on the right foot.

Mr. Alckmin met with representatives of the far-right president in Brasilia, while protest movements in the country were running out of steam against the election of the former left-wing head of state Luiz Inacio Lula da Silva (2003 -2010).

"The conversation was very profitable," assured Mr. Alckmin, former governor of Sao Paulo. "The transition is being made in the best possible way, for the benefit of the population," he insisted during a brief press briefing in Brasilia.

Lula's representative was accompanied by Gleisi Hoffmann, president of the Workers' Party (PT) and the coordinator of the government program of the left, Aloizio Mercadante.

"Lula said it clearly in his (victory) speech, our task is to unify Brazil, so let's go," said the vice-president-elect.

Mr. Alckmin, a technocrat and former leader of the center-right Brazilian Social Democracy Party (PSDB), was chosen by Lula to reassure the center and the business community.

He had a "productive" meeting earlier Thursday with Senate budget rapporteur Marcelo Castro to discuss the compatibility of Lula's campaign promises with a tightly constrained 2023 federal budget.

Mr. Alckmin also condemned the erection of roadblocks by angry Bolsonarians across the country, which have caused supply problems since Monday.

The president of the Superior Electoral Court (TSE) Alexandre de Moraes, for his part, castigated the "undemocratic actions" of "those who do not accept the result of the election and who will be treated as criminals".

On Thursday, the number of roadblocks had dropped significantly, after Jair Bolsonaro's appeal the evening before to his supporters, in a video posted on Twitter.

The federal road police (PFR) only counted 32 at the end of the afternoon on the whole territory, against 250 Tuesday at the time of the peak. It dispersed 862 demonstrations.

"I appeal to you: clear the roads. This does not seem to me to be part of the legitimate demonstrations," Bolsonaro said Wednesday evening.

"Other demonstrations that have taken place throughout Brazil, in other places, are part of the democratic game, they are welcome," he added, however. "I am with you and I am sure that you are with me".

Thousands of his supporters gathered outside military command locations in a dozen Brazilian cities, including Sao Paulo, Brasila and Rio, on Wednesday to demand military intervention following the defeat of their leader.

In Rio de Janeiro, Thursday morning, there were only a dozen diehards left in front of a military barracks, some of whom had spent the night in tents.

A video seen more than two million times of apparently Nazi salutes during a demonstration in the southern state of Santa Catarina was controversial on Thursday, a preliminary investigation by the prosecution seeing "no proof" of apology for Nazism.