The expulsion of Montoya was not the only thing that happened. 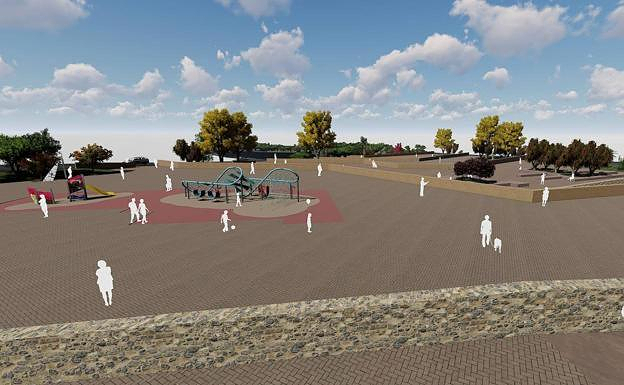 The expulsion of Montoya was not the only thing that happened. He was accompanied by the PSOE councilors and Ciudadanos' sole mayor. However, the plenary session addressed various issues, including the approval of the tendering for the Rambla de San Antonio de Aguadulce "renaturation" projects and the expansion of and modernization at the Virgen del Rosario Roquetas residence.

Both of these issues were widely discussed in plenary last April. The government team again defended them with the criticism of Vox and IU.

The Rambla de San Antonio will require an investment of 14 millions euros. It also promises to be a long controversy due to what was stated last month. This is especially true in this case as the boulevard already has many trees and green areas. However, the City Council denies they will disappear.

Also, the residence caused controversy. In this case, it was for betting on a macro-residence model that is now obsolete for the opposition and for leaving the existing complex virtually without a patio. The Government team claims that more spaces are required and justifies the fact that the existing patio cannot be used because of the wind.

The residence project has a budget amounting to 6.6 million Euros. It will be divided into two phases. One, a new wing will be built in the large portion of the existing courtyard to allow 66 additional places. On the other hand, the renovation of the existing complex to modernize its facilities and adapt them, including the medicalization some rooms.

In addition to the reporting of accounts for the monitoring of invoices during the first quarter, compliance with payment deadlines and urban issues like a detailed study of sector 21.1, the plenary session also covered the presentation of accounts.

‹ ›
Keywords:
AprobadaLicitacionReformaRamblaAntonioAmpliacionResidencia
Your comment has been forwarded to the administrator for approval.×
Warning! Will constitute a criminal offense, illegal, threatening, offensive, insulting and swearing, derogatory, defamatory, vulgar, pornographic, indecent, personality rights, damaging or similar nature in the nature of all kinds of financial content, legal, criminal and administrative responsibility for the content of the sender member / members are belong.
Related News