A World Cup host has never been so bad

The frustrated hosts Qatar's players sneaked into the dressing room, many spectators had already left the stadium by then. 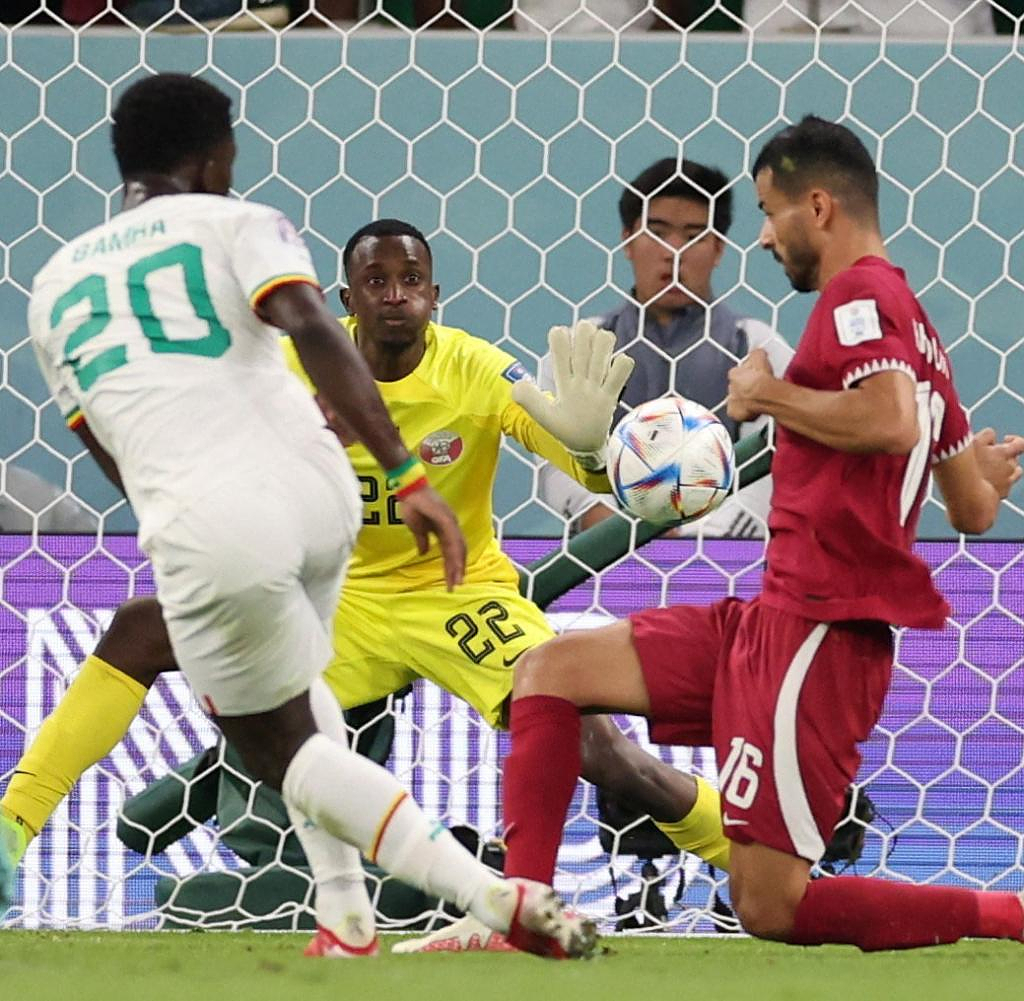 The frustrated hosts Qatar's players sneaked into the dressing room, many spectators had already left the stadium by then. For the proud host Qatar, the World Cup is becoming more and more of a sporting fiasco. The less competitive Asian champions lost their second group game against Senegal 1:3 (0:1) on Friday despite a small improvement in performance and should not survive the preliminary round as only the second World Cup host after South Africa (2010). The poor enthusiasm for the World Cup among the Qataris also matched this: Many places remained empty.

Bolaye Dia (41st minute), Famara Diedhiou (48th) and Bamba Dieng (84th) took advantage of the many mistakes made by the hosts in front of 41,797 spectators and brought the African champions, who were so weakened by the injury to Bayern star striker Sadio Mané, into the fight back to business for the round of 16 ticket. Qatar, who still got the connection goal through substitute Mohammed Muntari (78th), are still waiting for the first point – a World Cup host has never been so bad.

Qatar coach Felix Sanchez was positive about his team's performance against Senegal despite the defeat. “Today we showed what we are capable of. We were competitive. We played well. We managed to improve our performance,” said the Spaniard. “You have to know where we come from. We have to work with many restrictions here. Qatar is a small country, the league is not that competitive.”

Qatar had invested a lot of money in the sporting development of the national team for twelve years, and the team had been preparing intensively for the finals since June - apparently all in vain. The team of Spanish coach Felix Sanchez also presented itself as a sporty lightweight against Senegal for a long time, made many mistakes and sometimes looked hopelessly inferior. And the toughest group opponents with the Netherlands are still waiting for the end on Tuesday (4:00 p.m.).

Coach Sanchez had tried new impulses, bringing in a new goalkeeper in Meshaal Barsham for Saad Al-Sheeb, who was so uncertain in the opening game. But even the new number one only had limited control of the goalkeeping game. Barsham underwent corners, misjudged running out and tangled with the ball on his foot. There was a reason why the spectators cheered every successful attempt by Barsham.

Significantly, the West Africans' opening goal also came after a dreadful mistake by the hosts. Defense boss Boualem Khoukhi stepped over the ball, Dia gratefully accepted the invitation and scored the lead. Previously, the great deficit of the Senegalese had shown up again. Without Mané, Aliou Cissé's team lacks efficiency in front of goal, like the shot by Idrissa Gueye (25') or a long pass to Ismaila Sarr, who missed the ball in a good position (26').

In Qatar, a missed penalty was the biggest upset in the first half, when Sarr went to work very woodenly against Akram Afif (34th). Otherwise, defense chief Kalidou Koulibaly and Leipzig's Abdou Diallo had the opposing strikers well under control. The mass flight of the fans did not start at halftime compared to the Ecuador game this time, but some seats in the stands remained empty when the game started again.

Right at the beginning of the second half, Diedhiou's header gave the Sanchez team the next blow in the neck. When everything seemed lost, Qatar turned up the heat and had several good chances after just over an hour through Abdelkarim Hassan (61'), Almoez Ali (63'), Pedro Miguel (64') and Mohammad (67'). In this phase, Chelsea keeper Edouard Mendy proved to be a strong support for the Senegalese. But he was powerless against Muntari's header. But in return, the spark of hope at Dieng's goal was gone again.

‹ ›
Keywords:
KatarFußball WM 2022Senegal FußballnationalmannschaftFussballSüdafrikaHamad Al ThaniMeshaal BarshamIsmaila SarrSenegalFelix Sanchez
Your comment has been forwarded to the administrator for approval.×
Warning! Will constitute a criminal offense, illegal, threatening, offensive, insulting and swearing, derogatory, defamatory, vulgar, pornographic, indecent, personality rights, damaging or similar nature in the nature of all kinds of financial content, legal, criminal and administrative responsibility for the content of the sender member / members are belong.
Related News