"The stability is good (. 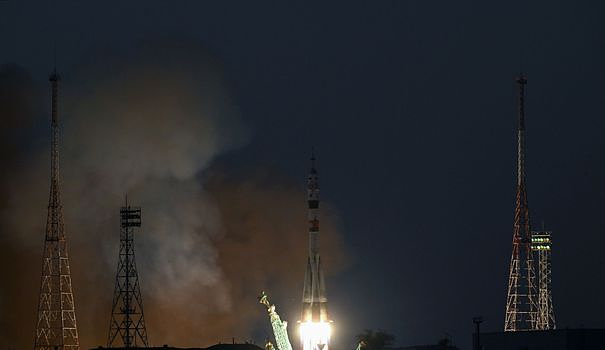 "The stability is good (...), the crew feels good," said a NASA commentator after takeoff, broadcast live jointly on the sites of the American and Russian space agencies.

The Russian rocket lifted off on schedule at 1:54 p.m. GMT from the steppes of Kazakhstan, soaring in a trail of fire into darkened skies, the images show.

This mission by the American Frank Rubio of NASA and the Russians Sergei Prokopiev and Dmitri Peteline of the Russian space agency Roscosmos represents a rare example of cooperation between Moscow and Washington, while their relations are at their lowest.

Mr. Rubio is the first American astronaut to travel to the ISS aboard a Russian rocket since the start of the Russian military intervention in Ukraine launched on February 24.

The crew is to spend six months aboard the ISS, where they will reunite with Russian cosmonauts Oleg Artemiev, Denis Matveïev and Sergei Korsakov, American astronauts Bob Hines, Kjell Lindgren and Jessica Watkins, and Italian astronaut Samantha Cristoforetti.

This is Frank Rubio and Dmitri Peteline's first flight, and Sergei Prokopiev's second.

Docking with the Russian segment of the ISS is scheduled after a three-hour Soyuz journey.