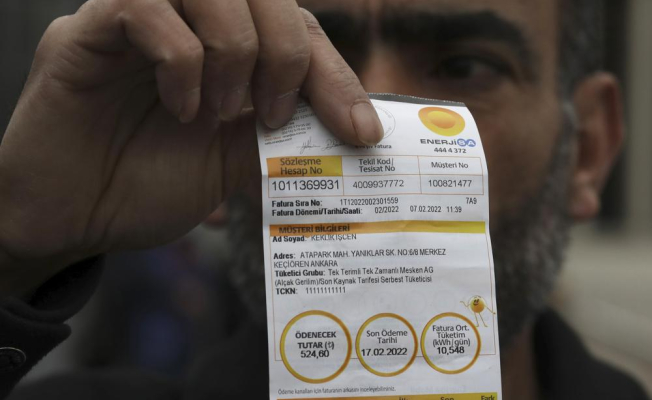 Recep Tayyip Erdan, President of Turkey, stated that authorities will adjust the threshold at which electricity tariffs are increased for households using more electricity. Meanwhile, some 4 million households, in a country with more than 84million people, would be eligible for state subsidies to pay their high electricity bills.

He stated that civil society organizations would no more pay higher energy tariffs for businesses and that small businesses would still be eligible to receive readjusted tariffs.

Turkey's inflation rose to an all-time high of almost 49% in January. This is a record for Turkey in 20 years. It has made it hard to save money and make it more difficult to purchase basic necessities like food. Experts believe the actual rate of inflation may be higher than the official figure.

After the January 1st increase in electricity tariffs, households and businesses were also hit hard. Prices rose by more than half for many homes and up to 127% for businesses and high consumption households.

"We will continue to support households with electricity and natural gas. Erdogan stated that we are listening to our nation's voice and looking for solutions to their problems.

President Obama insisted that the high inflation was temporary and that his government would control it.

High inflation is our biggest problem. He said that we can overcome it and it will go down each month.

Turkey's central banks has lowered the key policy rate by 500 point since September to 14%. However, rate cuts were halted in January. After the rate cuts, the Turkish lira fell to record lows in December. Turkey's dependence upon imports of energy, raw material and many other food supplies has caused prices to soar.

Erdogan's government reduced the value-added taxes on basic food supplies from 8% to 1% earlier this week.