The experience of being held hostage in Islamic State captivity

After Federico Motka and his colleagues were kidnapped close to a refugee camp on Turkey's border, Federico Motka was greeted by his abductors in English: "Welcome Syria, you mutt." 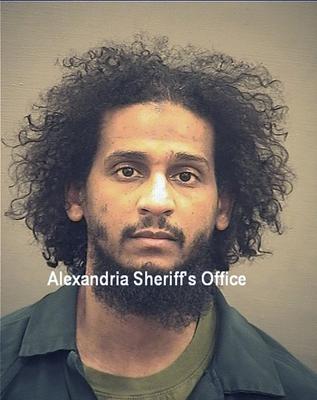 It was the beginning for 14 months of cruelty at the hands Islamic State, according to the Italian aid worker.

Motka, a British national accused of taking a lead role in an Islamic State kidnapping plot that held more than 20 Westerners captive between 2012 and 2015, testified Thursday about his ordeal.

Four Americans were among them -- James Foley, Steven Sotloff, Kayla Mueller, and Peter Kassig (aid workers) -- Foley, Sotloff, and Kassig were all executed. Mueller was forced to slavery by Abu Bakr al-Baghdadi before being raped again.

Motka is the only surviving hostage who will testify at Elsheikh’s Alexandria, Virginia trial.

Motka was born in Trieste, Italy. He said that he spent most of his childhood in the Middle East. After leaving Italy, he went to boarding school. Briton David Haines was his colleague and he was working as an aid worker to assess the refugee camps' needs in March 2013. He was captured and taken hostage.

Motka said that he was mistreated for the first month, but that the mistreatment came often at the hands three captors, whom hostages called "the Beatles" due to their British accents. Since they didn't know what was going to set them off, they learned to talk secretly about their captors. They wore masks and tried to hide their identities. He said that a dispute over toilet hygiene led to a particularly brutal beating.

Motka testified that they said I was a posh wacker because I went to boarding schools. "They claimed I was arrogant and were going to put me down a peg."

Motka's use the term "posh-wanker" caused a moment of awkward laughter in the courtroom. The judge then interrupted the proceedings and asked Motka what the phrase meant. Motka had to explain the vulgar meaning of the British idiom.

Prosecutors are trying to prove that Elsheikh was indeed one of the Beatles who tortured hostages despite the fact that the Beatles tried to hide their faces, but the British phrases and accents are an important part the case. Motka said that at least three Britons were among the captors. The hostages called them "John," George, and "Ringo."

Prosecutors claimed in court that Elshiekh was the one who was nicknamed Ringo.

Motka was able to distinguish the three by their preference for inflicting punishment.

Motka said that George was more interested in boxing. John, he kicked a lot. Ringo used talk about how much he loved wrestling. He used to put people in headlocks."

He recalled a time when Ringo locked James Foley in a headlock that was so tight that it nearly made him pass out.

Motka also recalled a summer 2013 incident in which hostages were held in what was called "the box". The Beatles put Motka, his cellmate David Haines and John Cantlie in a room together with Foley for what they called "the Royal Rumble."

Motka stated that the Beatles were "super excited" about the tag-team fight they inflicted on the quartet. "We were so weak and broken we couldn't lift our arms," Motka said.

The group was informed that the losers would receive waterboarding. Motka stated that two of the four fell asleep during the hour-long struggle. Motka said that although he was considered the loser by the Beatles, they never waterboarded him and instead beat him.

Motka stated that hostages were often separated from the Beatles during transfer to other facilities. He said that these periods were acceptable, relative speaking, as the Beatles were notorious for their cruelty.

Motka stated that they "pooped our pants" when they were moved to "the dungeon", a place they had nicknamed. "We had just begun to relax a bit" because the mistreatment had diminished in their absence.

The worst period of captivity was "The Box," where the Beatles were an almost constant presence. Motka claimed that he and others were subject to a long "regime punishment" which included beatings and forced stress positions. Motka stated that "George", another Abu Mohamed man and "the punisher", tortured them regularly.

Motka stated, "They played lots and games with us," despite clearly struggling with emotions when he described his captivity. "They gave us dog names. To avoid beatings, we had to respond immediately to the dog's name.

Motka wasn't released until May 25, 2014. Motka's 14 months in captivity was the longest held hostage by any member of the group.

However, defense lawyers have pointed out the difficulties hostages face in officially identifying their captors. They often wore masks that barely covered their eyes.

The prosecutors only mentioned three British nationals in their opening statements -- Elsheikh and Alexenda Kotey who were his long-time friends, and Mohammed Emwazi. Mohammed Emwazi was a frequent executioner and was also known as "Jihadi John."

Emwazi was shot and killed by a drone strike. Kotey and Elsheikh were captured and brought to Virginia for trial. In a plea deal, Kotey admitted guilt last year and was sentenced to a life imprisonment.

After Ottosen was released, the jury saw photographs of severe bruises on Ottosen’s arm and back. Serup testified that Ottosen was told by his captors that the beating was a "farewell gift not to forget them."