Road Closures in the Southland Due to Wet Weather

LOS ANGELES (CBSLA - Major roads and freeways were closed on Thursday morning because of heavy snow and rain. This was due to dangerous driving conditions during a strong winter storm that swept through the Southland. 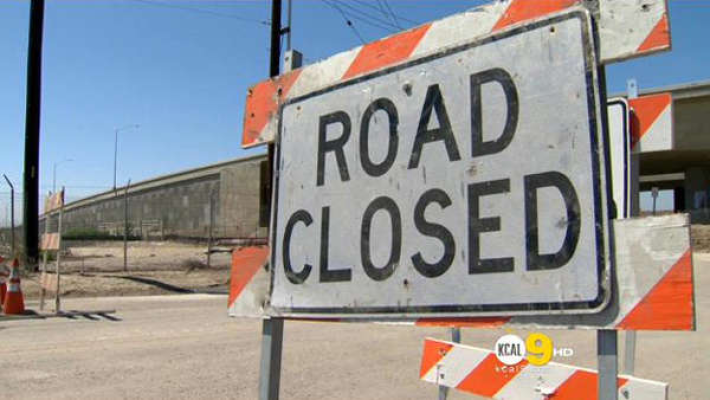 California Highway Patrol stated that both sides of Grapevine were closed to motorists on Thursday morning because of snow and ice.

The National Weather Service reported earlier in the morning that snow levels were down to approximately 4000 feet in Grapevine.

Around 8:55 AM, the Department of Transportation responded to a mudslide in Coldwater Canyon Road in Studio City.

Caltrans reported that northbound PCH lanes were closed at Ocean Avenue and Santa Monica bluffs around 9:25 AM due to a mudslide. Traffic is being diverted to the Lincoln Boulevard off-ramp westbound I-10.

Santa Monica is currently cleaning out the drains at the top of its bluffs.

Caltrans posted at 9:15 AM that Pacific Coast Highway was closed in Pacific Palisades because of a fallen tree which had knocked down power lines. The southbound road is now closed at Temescal Canyon Road. While the northbound was closed at Chautauqua Boulevard.

Caltrans reported that State Route 23 was closed at the Malibu/Decker Canyon area's south end at PCH around 8:08 AM due to mud-rock slides. Crews were inspecting the North End of SR-23 at Westlake.

Thursday morning at 7:15 a.m. Drivers were advised by deputies to avoid driving if possible. Deputies also advised drivers to slow down while driving.

CHP and Caltrans alerted drivers that snow was sticking on the ground at the summit of the 5 Freeway, between Lebec & State Route 138. Traffic was slow in the area.

Mulholland Highway, Santa Monica Mounains, was closed between Las Virgenes Road & Cornell Road because of mudflow and rockfall. Once the heavy rain has stopped, maintenance crews will begin to remove rocks, debris, and mud.

According to Los Angeles County Public Works, a large mudslide had blocked the southbound lane on Malibu Canyon Road north of the tunnel. During the storm, drivers were advised to be cautious and avoid mountain roads.