It took place Tuesday morning at 8:20 AM. 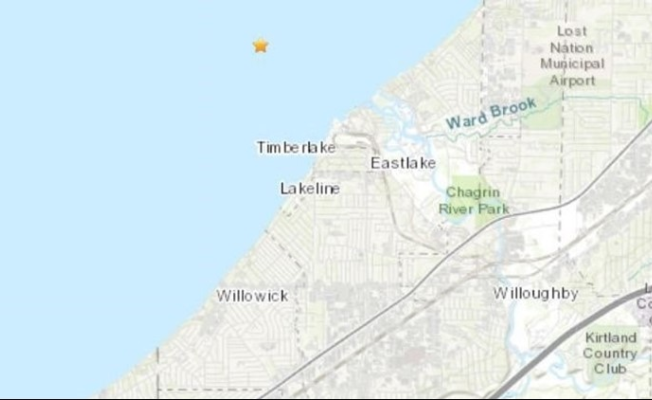 According to the United States Geological Survey, the magnitude 2.7 earthquake was felt approximately two kilometers northwest of Timberlake.

According to the United States Geological Survey, Tuesday's earthquake was a magnitude 2.8.

The original report of the quake as a 2.7 magnitude earthquake was made around 8:20 AM.

A few people told 3News that they felt the shaking in the areas of Eastlake, Chesterland, and Mentor after hearing about the earthquake.

It is possible that you may recall the same area experiencing a 4.0 magnitude earthquake on June 10, 2019. Betsy Kling, 3News' Chief Meterologist, stated that the earthquake was 3.1 miles deep and 2.5 mi from Eastlake.

There were no additional details available immediately, but keep checking 3News as more information becomes available.