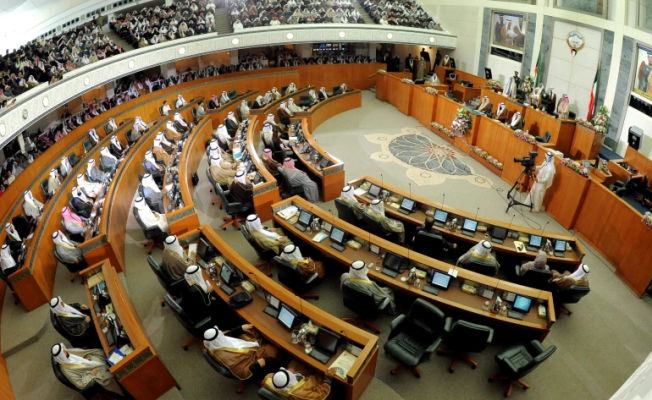 Following a dispute between the parliament and previous governments, Kuwait has now formed a new cabinet that includes a new finance minister as well as three opposition lawmakers.

Abdul Wahab al-Rasheed is the head of the non-governmental Kuwait Economic Society and has replaced Khalifa Hameda as finance minister.

Khaled Al-Saeed is the new health minister. His predecessor was responsible for steering Kuwait through the COVID-19 pandemic.

A month-long deadlock was broken by the announcement of a new cabinet. 15 new ministers were nominated to break the deadlock. They will be responsible for addressing a number of financial and political problems.

After the resignations of the previous governments, this is the third cabinet in the Gulf state for the year.

This dispute delayed the overhaul of Kuwait's welfare systems and prevented Kuwait from taking on debt. It also left Kuwait with very little money to pay its bloated public sector salaries.

According to state media, Emir Sheikh Nawaf al Ahmad Al Sabah approved the cabinet, despite having given most constitutional duties to the crown prince in November, who issued the decree for the cabinet's formation.

Kuwait, an OPEC member, bans political parties, but it has allowed its legislature greater influence than similar bodies from other Gulf monarchies. This includes the power to pass or block laws, question ministers, and submit no confidence votes against senior government officials.

Only one woman is a minister in the cabinet. The cabinet includes three opposition MPs, and one pro-government lawyer. This is a departure from previous governments which had only one member of parliament.

Mohammed al-Dosari, a Kuwaiti political analyst, said that the government was trying to dismantle opposition by including some parliamentarians into the government formation.

He stated that several opposition members still want the resignation of the prime minister, and the speaker of the parliament.

Many legislators insisted on questioning Sheikh Sabah Al Khalid (premier since late 2019) on various topics, including handling of the pandemic or perceived corruption.

Social media posts by Kuwaiti analysts suggest that the new appointments may weaken the influence of opposition lawmakers who have blocked reforms to the government. The new cabinet now includes tribal representation, so more parliamentarians may be persuaded by the government to support it.