Uhuru Kenyatta, Kenya's president, said Thursday that Africa was at a crossroads. 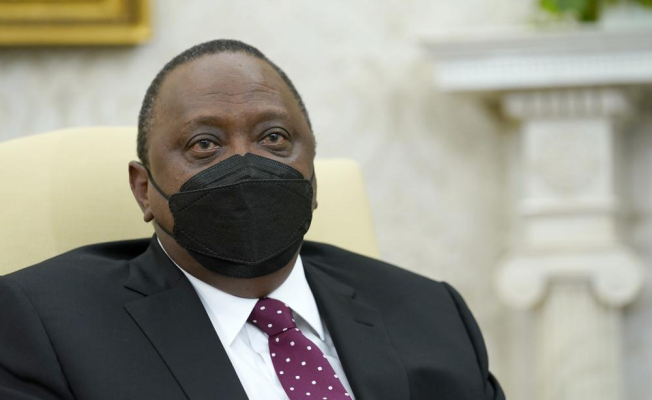 The continent is poised to reap the economic benefits from its young population and economic reforms while facing terrorist attacks and insurgency that threaten almost all 54 countries on the continent.

Nana Akufo–Addo, the President of Ghana, pointed out multiple threats to the territorial integrity and civilian lives of African countries. He also noted instability in certain nations caused by conflicts between different actors.

Antonio Guterres, U.N. Secretary General, also mentioned "worrying trend" in Africa. He cited too many African countries where military has taken power as well as the effect of the COVID-19 Pandemic that has increased "poverty and inequalities and all drivers of conflict."

The briefings they gave to the U.N. Security Council regarding cooperation between the United Nations Security Council and the African Union shined a spotlight upon the conflicts and challenges facing the continent where only 5% have been vaccinated against COVID-19.

Kenyatta, who is the current council president and chaired this meeting, stated that the aftermath of Moammar Gadhafi's 2011 NATO-backed uprising, which toppled the long-serving dictator of Libya, and divided the country between rival governments, al-Qaida's rise and Islamic State extremist groups, and "the emergence of domestic terror organizations funded by international actors pose serious socio-economic challenges for Africa."

This has been made worse by recent coups "that we thought we had left behind" and the pandemic that has reversed economic gains "and plunged large numbers of Africans back in poverty that they had escaped after the last two decades' of economic growth." He said that climate change is also causing "increasing socio-economic fragility and escalating conflict over resources."

Kenyatta spoke of the Cold War between the U.S.A. and the Soviet Union. He said that "the vacuums" caused by these negative events "have precipitated external actors intervening, which has frequently further exacerbated the crisis and drawn in geopolitical competitors."

The Kenyan president stated that "these rivalries are unfortunately at our cost and our stability."

Akufo Akufo Adu-Addo of Ghana pointed out what's going on in the Sahel and Lake Chad regions, as well as other parts of East, North, and Central Africa, "where ongoing conflicts and the destabilizing actions of terrorists or extremists, profiteering efforts of purveyors for conflict, and the devastating consequences of climate change and COVID-19 are having dire consequences for our socioeconomic, political, and security situation."

He said that some areas of Africa have been experiencing more instability in recent months. He cited the overthrows of constitution governments in Mali and Chad, Guinea, Sudan, and now Sudan as "notable culprits".

Guterres pointed out a number of alarming developments, including the ongoing conflict in Ethiopia's norther Tigray and the effect of COVID-19 on "a proliferation of militias" as well as the persistent threats to terrorism and violent extremism, such al-Qaida and the Islamic State, and Boko Haram.

Despite these negative trends the U.N. chief highlighted some positive developments in Africa, including peaceful elections in Burkina Faso and peaceful transfer of power in Niger after presidential elections.

Amina Mohammed, Deputy Secretary General, read Guterres' briefing. He praised the African people and said that they are determined to work tirelessly for a peaceful, prosperous, and sustainable continent.

He cited U.N.'s cooperation with the African Union, and other organizations to support the ceasefire in Libya and prepare for December election and its support for AU negotiations on the contentious question of Ethiopia's dam on the main tributary for the Nile River. Egypt and Sudan claim that this will reduce water supplies. He stated that U.N. mission and country teams in Africa support peace initiatives as well as political transitions, including in Cameroon and Chad.

Both Kenyatta of Kenya and Akufo Adu-Addo from Ghana said that the African Union had taken actions to prevent conflict, promote peace, and push back against terrorist groups. The AU's "Silence the Guns" campaign to end conflicts on the continent was extended from 2020 to 2030.

The president of Ghana said that "what has been missing, however, was global solidarity and burden sharing."

He demanded that U.N.AU consults be intensified, with a focus on the root causes of conflict, such as the exclusion of young women and the lack of employment for them.

Akufo Ado pointed out that more than 70% of the conflict issues on Security Council's agenda are related to Africa. "While prevention is less well-known, $1 spent on preventing a conflict is worth just over 10 times its value once it has broken out."

He stated, "Together we can enable African countries and regions to overcome security in the Sahel and the Horn of Africa central Africa and in countries that deal with dangerous insurgents and terrorist groups."