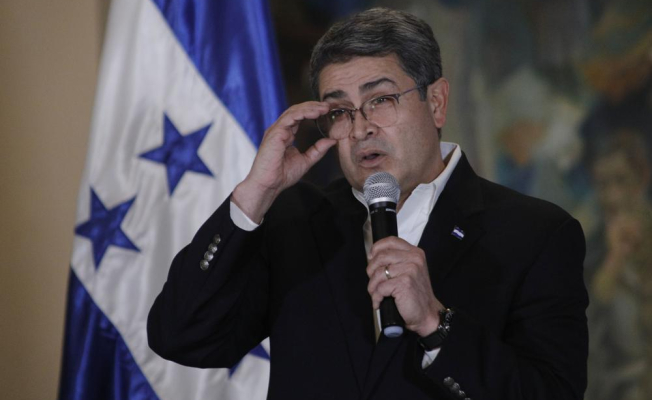 Barbara Castillo, a spokeswoman for the Court, stated that this includes 30 properties and 80 accounts. It also includes 16 vehicles.

The initial seizure lasts for one year but can be extended. The properties may eventually be permanently seize and handed over to the government. They are held by 11 people connected to Hernandez.

This week, Hernandez was extradited to the United States by the Honduran Supreme Court. Hernandez will be facing drug trafficking and weapons offenses. .

Hernandez's former first lady Ana Garcia made public a letter where the ex-president asserted his innocence again and claimed that he was the victim of "revenge or conspiracy."

Hernandez left office at the end of his second term in January.

A judge granted the U.S. extradition request earlier this month. Now, it seems that all that is left to do is to complete the paperwork.

In the Southern District of New York, U.S. prosecutors have charged Hernandez with funding his political rise by making money from drug traffickers to protect their shipments. Hernandez strongly denied any wrongdoing.

Hernandez claims that statements made against him were made by drug traffickers extradited to his country by his government in a bid for revenge. Hernandez denies any connection to drug traffickers.

Hernandez was taken into custody at his residence Feb. 15, at the request the U.S. government.

He was arrested less than three weeks after leaving office. This followed years of allegations made by U.S.prosecutors about his alleged connections to drug traffickers. Juan Antonio Hernandez Hernandez, his brother, was sentenced in March 2021 to life imprisonment in the United States for drug and weapons offenses.

The former president was taken before cameras, flanked by officers, shackled at his wrists and ankles, and wearing an bulletproof jacket.