Fox News' Benjamin Hall, a Fox News correspondent, was hurt while reporting in the vicinity of Kiev's capital. 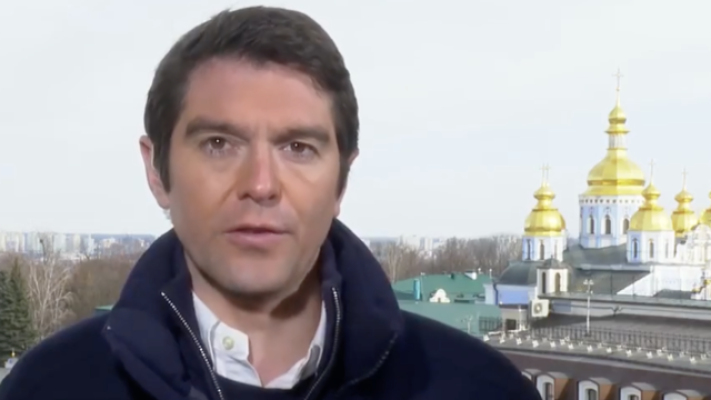 The network reported Monday. Although he is currently in hospital, it's unclear how or what the extent of his injuries were.

In a memo to employees, Suzanne Scott, Fox News CEO, stated that Benjamin Hall, our correspondent was hurt while covering news outside of Kyiv (Ukraine)." "While we have very limited details at the moment, Ben is in hospital and our teams are working quickly to get more information."

The news of Hall's injury follows the death of another American journalist, Brent Renaud , in Ukraine. According to the head of Kyiv’s regional police force, Renaud was shot and killed while he was filming refugees in Irpin.

Shaun Tandon, President of the State Department Correspondents Association, said that he was "horrified” by Hall's injury.

Tandon stated that Ben is a friend because of his warmth, humor and professionalism. We wish Ben a speedy recovery and ask for protection of journalists who provide an invaluable service in Ukraine through their reporting.

Hall made headlines after he said that the reporting from Ukraine was "a lot like other stories we've been through in the digital age" and that an image is then taken and played over and again to generate some kind of emotion out of you.

Hall stated that this is not a media stunt to get an emotional response. "This is exactly what's happening."

He said, "It's an absolute disaster." "And those caught in the middle of it are the ones really suffering."