GLASGOW (Scotland) -- A number of countries and companies announced Wednesday plans to cease selling gasoline- or diesel-powered cars over the next 20 years as part of an effort to reduce greenhouse gas emissions. 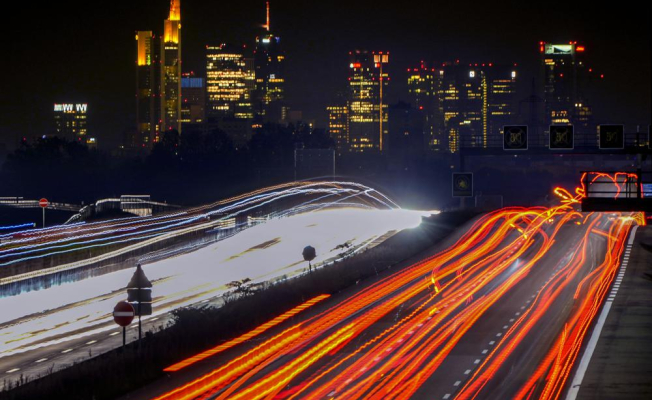 GLASGOW (Scotland) -- A number of countries and companies announced Wednesday plans to cease selling gasoline- or diesel-powered cars over the next 20 years as part of an effort to reduce greenhouse gas emissions.

The measures' impact will be limited as many major emitters, including the United States and China, did not sign up. Environmental campaigners also received mixed responses. A number of nations and airlines have also committed to reducing air travel's carbon emissions.

The U.N. sideline conference was attended by a group of nations. A group of countries announced Wednesday at the U.N. climate conference in Glasgow that they will work together to sell zero-emission vehicles no later than 2040 and no later 2035 in major auto markets. Although the terms of the agreement are vague, they could mean that electric-only vehicles will be used in the transport sector, as well as backing up hybrid vehicles and other popular solutions.

Volvo and other companies have already committed to achieving earlier goals to eliminate combustion engines.

"This is a welcome sign that a growing number countries, automakers and transport providers are joining in the global push to 100% zero-emissions electrical vehicles," stated Jake Schmidt, a New York-based nonprofit Natural Resources Defense Council.

Transport and Environment, a think tank based in Brussels, said that the announcement must be backed up by legally binding targets and pointed out the absence of major markets like China, Germany, and the U.S.

German officials claimed that the country refused to sign the agreement due to a footnote that would prohibit the use of synthetic fuels made with renewable energy. This option is something that some government officials, current and future, want to keep open.

The European Union is considering a proposal to ban gasoline-powered vans and cars by 2035.

According to the International Energy Agency, transportation is one of the largest sources of greenhouse gas emissions.

According to a recent agency report, the sale of new internal combustion engines cars that use gasoline or diesel must be stopped by 2035 in order to meet the Paris 2015 goals to limit global warming to 1.5 degrees Celsius (2.7 degrees Fahrenheit).

Two dozen countries have pledged to work together on aviation to reduce the emissions of plane travel to net zero by 2050. This includes promoting sustainable fuels. "Net zero" refers to absorbing as much of the emissions from natural and artificial sources as possible.

Greenpeace described the declaration signed by Britain and France, Spain, the United States, and others as "brazen greenwashing".

The environmental group stated that they should reduce flights and invest heavily in rail and greener travel options.

Twenty airlines also announced plans to use hybrid, hydrogen, or electric engines on 30% of their short-haul aircraft by 2030.

Air New Zealand, Alaska Airlines and easyJet were among the signatories. They operate more than 800 aircraft carrying over 177 million passengers per year.

This year's climate talks have seen the UK present side deals, something that has been criticized by environmentalists.

Jennifer Morgan, Greenpeace's executive Director, stated that "these types of announcements where countries voluntarily state they will do something are not what we require in a climate crisis." They have never worked in the past.

Achim Steiner, the head of the U.N. Development Program said that promoting clean transport modes is crucial if the world is to reduce emissions without leaving behind poor countries.

He noted that China already has 250 million electric bikes on the roads. These are especially attractive for people living in developing countries.

Steiner explained to The Associated Press that solar power off-grid technology allows you to run in a village a station for charging electric motorcycles.

He suggested that the poor follow Kenya's lead and ban the import of old vehicles in order to prevent them from becoming dumping grounds for gas-guzzlers from rich countries.