This week, a flurry of summits in Dubai addressed the danger of climate change or acknowledged that it is necessary to shift away from fossil fuels and toward cleaner sources for power to prevent temperatures from rising. 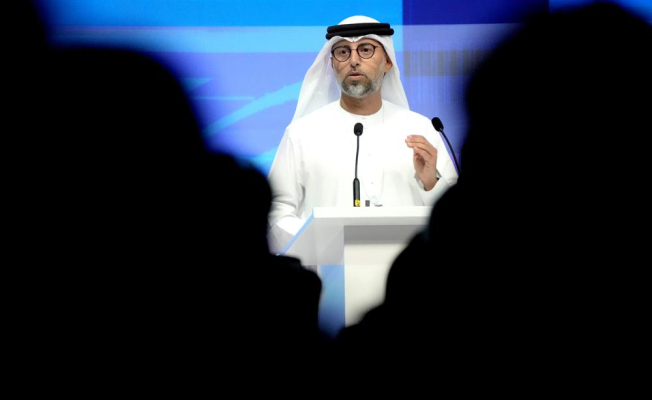 However, the most important issues are how and when to do this. Petroleum producers like the United Arab Emirates who hosted the gatherings need to make more investments in oil and natural gas.

At an energy forum in Dubai, Suhail Al-Mazrouei, UAE Minister of Energy, stated that "we definitely at this moment need to include all resources."

"We can't ignore or pretend that we will abandon certain production. He said that it was not the right time for any reason, and added that this would cause prices to rise for millions of people around the globe.

It was a constant drumbeat that reverberated throughout Dubai's week-long climate conference. This is a reflection of the leading voice fossil fuel producers want to be in the global climate change discussion. It was heard at the Atlantic Council Global Energy Forum and the World Government Summit, as well as during a UAE-sponsored week on climate change in partnership with United Nations.

Mohammad Sanusi Barkindo, Secretary General of OPEC, stated that producers can address issues related to "inclusiveness to ensure that no sector is left behind", to address the issue regarding investment in the industry, and to reassess how the conversation is being conducted.

He stated that limiting global temperature increases to 1.5 degrees Celsius (2.7 degrees F) is the best way to limit warming. Scientists believe that any warming beyond this level will cause more extreme weather events.

Proponents of increasing fossil fuel investments repeatedly cited current high oil prices and rising gas prices to support their argument. At times, countries such as the United States and the U.K. were ridiculed for calling for fossil fuel use in the long-term to decrease but also asking for more oil to lower prices for consumers.

The United Nations Intergovernmental Panel on Climate Change (UNIPCC) and other international organizations have stated that there should be no new investments in fossil fuel infrastructure to combat climate change. Instead, the fuels that are most responsible for climate change must be phased out.

This was reiterated by the International Renewable Energy Agency in a 350-page report. It stated that the world must take "radical actions" and invest $5.7 trillion annually through 2030 to transition away from fossil fuels. IRENA, which is headquartered in Abu Dhabi, UAE, stated that $700 billion of investments should be diverted from the fossil fuel sector every year.

Francesco La Camera, director-general of IRENA at the time of the publication, stated that "The energy transition was far from being on track" and that any other action than radical in the next years would reduce, or even eliminate, our chances of meeting our climate goals.

OPEC, which is dominated by Saudi Arabia, predicts that more oil will become needed in 2040 and beyond, especially in Asia.

Brent crude oil is at $105 per barrel, which is the highest price in eight years. These prices are good not only for oil-dependent economies like Saudi Arabia and UAE , but also Russia helping Moscow to offset some of the suffering from U.S.-led Sanctions related to the war in Ukraine.

"Take a look at what's happening right now. Who is talking about climate change right now? "Who's talking about energy security first and foremost?" Prince Abdulaziz bin Salman, Saudi Arabia's Energy Minister, said with a series of thoughtful remarks at the World Government Summit in Dubai.

He said that countries without energy security will not be able to combat climate change.

Recent data shows that, despite the rapid growth of renewable energy, total greenhouse gas emissions that allow the Earth's temperature to rise are increasing due to rising energy demand and increased fossil fuel use.

Kristalina Georgieva, the International Monetary Fund's managing director, encouraged developed economies to reach their goal of providing $100 billion per year in climate financing to developing countries. At the World Government Summit in Dubai, she made these remarks. She also presented an IMF paper entitled "Feeling Heat" about adaptation to climate change in Middle East.

Sultan al-Jaber is the UAE's Special Envoy on Climate Change. He is also the Managing Director for Abu Dhabi's state-owned petroleum company. He also claims that the world will require more oil and natural gas over that time.

He stated that "Put simply, it is impossible and must not unplug our current energy system before building the new one."

He stated that the push to get rid of hydrocarbons has resulted in a supply crunch at the U.N.-backed Climate Week event, which was held at the luxurious Altantis Hotel.

Al-Jaber's dual roles as climate change ambassador and head of ADNOC (the state-owned oil & gas company), are a symbol for the two paths that the UAE is on. The country has made a commitment to zero emissions within its borders by 2050. It is also committing to increasing oil and gas export production. These commitments are not applicable to emissions from the burning of that fuel.

Al-Jaber summarized this dual track by saying that the UAE is increasing its production capacity of "the world's most carbon-intensive oil" to more than 5 million barrels per hour and its natural gas storage capacity by 30%. To achieve its net zero pledge, the UAE plans to invest $160 million in renewable energy.

has also pledged net-zero emission by 2060 for Saudi Arabia. will continue to pump oil until the end, while cutting domestic emissions. As Gulf Arab countries face rising temperatures and humidity as well as water shortages, the production capacity of these countries increases.

Participants were conscious of the environment as they drank coffee and tea, and enjoyed buffet lunches between workshops and panels on topics such as food sustainability, water scarcity, and carbon-credit swaps.

Yara Wael (23), from Alexandria, Egypt was excited to host this year's global climate summit. But she was also baffled. This was her first time outside Egypt, as she works for Egypt's Banlastic. They aim to eliminate single-use plastic.

She pointed out that the coffee and tea cups could have been made of biodegradable paper and was curious about the fate of the remaining food at the buffet.

She said, "When we host an event about the environment or climate change we must think about ourselves and do what we are doing now."