A Ukrainian mother and her autistic son fled Donbas after Russia attacked it in 2014. They are now seeking refuge again.

Olena and her son are just two of the many thousands of Ukrainians who have fled their country in response to Russia’s devastating invasion. 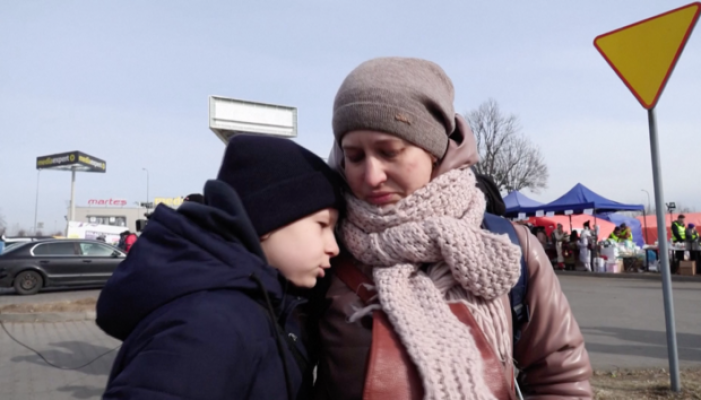 It's not the first time they've been forced to do this.

Russian-backed separatists seized control of the region and officially separated it from the rest Ukraine. According to the Ukrainian government, fighting has continued since then, resulting in more than 14,000 deaths.

Olena said that she and Maksym had started a new life but it is now war again. "I am a resettler. There were my relatives who lived on the occupied territory. It's over.

Olena cried as she described their forced resettlement. Her son Maksym, an autistic boy, hugged her and said, "Everything's OK."

Since Russian troops invaded Ukraine last week, more than 400,000 Ukrainians fled to Poland. The European Union warned that 4,000,000 people might be forced to flee.

However, her husband stayed behind.

She told Reuters in Ukrainian that her husband fought in the war to defend the country. "It's difficult. My husband lives there with no money. There is nothing that works. There is no food. There is no medicine."

Although she and her son made it safely, the journey is far from over. They are going to stay with the family they connected with via Facebook. They are still looking for somewhere to call home, at least temporarily.