Time chose Jamal Khashoggi to the Person of the year

Time magazine has crowned a group of journalists under the title "the Guardians" (The guardian) for "Person of the Year". Including in the Saudi Arabian Emb 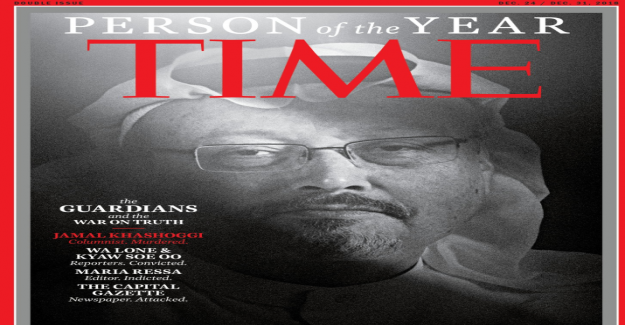 Time magazine has crowned a group of journalists under the title "the Guardians" (The guardian) for "Person of the Year". Including in the Saudi Arabian Embassy in Istanbul, murdered, Jamal Khashoggi .

The victims, who had brought the journalists in the fight for the truth, to represent the year 2018, better than anyone else, declared the editor of the magazine. "The Manipulation and abuse of the truth were in this year, the core of so many important events," said editor-in-chief Edward rock contained on NBC.

There will be four different title pages, which show the respective winners. In addition to Khashoggi, the magazine pays tribute to the Filipino journalist Maria Ressa faced for political reasons, with tax evasion, claims that the two Burmese reporters from Reuters, Wa Lone and Kyaw Soe Oo, who are currently in prison, as well as the editor of the local newspaper Capital Gazette. In the case of a shootout in the Capital Gazette in Maryland in June 2018, five people were killed.

had The people of the year for the last 90 years

"Person of the year" 2017 "Time" the women honored who have raised their voice against sexual Assault.