Latin America, the new epicenter of the Covid-19, links the records of death

The winter promises to be difficult in Latin America, the new epicentre of the pandemic Covid-19 in the world. Between the raising of the containment due to soc 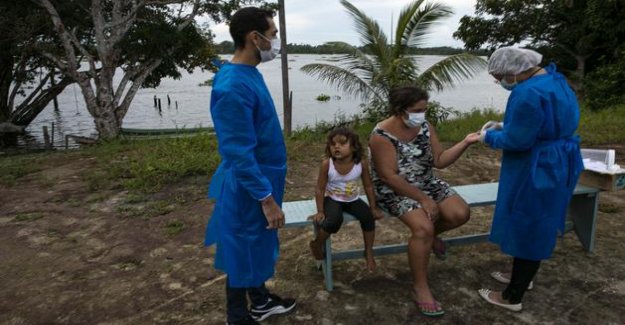 The winter promises to be difficult in Latin America, the new epicentre of the pandemic Covid-19 in the world. Between the raising of the containment due to socio-economic problems, problems with the supply of drugs and the difficult weather conditions, it is a continent who is suffering and takes fear to the next weeks or months.

Brazil is without minister of Health

Brazil has become Thursday, June 4-the third country in the world, lamenting the more deaths related to the new coronavirus, exceeding the threshold of 34,000 is dead, ahead of Italy, after a new record of deaths recorded in 24 hours. The last balance-sheet of the ministry of Health is a state of 34.021 death and 614.941 confirmed cases, with 1473 deaths recorded since Wednesday evening, knowing that the official figures are largely underestimated, according to experts.

read also : LIVE - Coronavirus : the epidemic under control in France, in progress in Latin America

With 212 million inhabitants, Brazil has a population three times larger than that of Italy, which has been the epicenter of the pandemic in Europe, and has 33.689 dead. Brazil deplores, however, 153 the dead of Covid-19 per million inhabitants, compared to 557,2 for Italy or 587,8 for the United Kingdom. The country is in absolute value the second country in the world in terms of people infected, behind the United States, with 30.925 new confirmed cases in 24 hours. It's been almost three weeks that Brazil no longer has a minister of Health, since the resignation of Nelson Teich, replaced on an interim basis by Eduardo Pazuello, a general active.

SEE ALSO Coronavirus: in Brazil, the strategy of denial