Coronavirus in Latin America : the point in a dramatic situation

In Asia, as in Europe, the outbreak of Covid-19 seems to gradually disappear as the summer season approach. On the other side of the Atlantic, and more especial 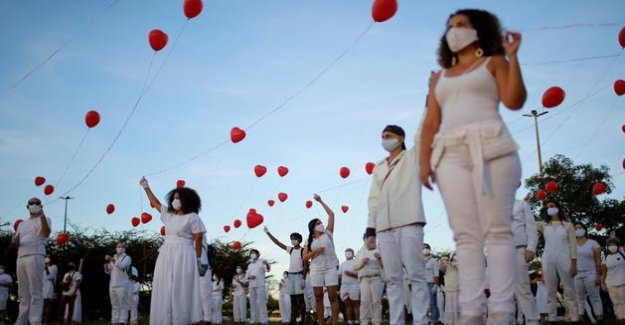 In Asia, as in Europe, the outbreak of Covid-19 seems to gradually disappear as the summer season approach. On the other side of the Atlantic, and more especially in South America, the health status is gone in a few weeks of worrying to dramatic.

read also : LIVE - Coronavirus: Spain will reopen its land borders with France and Portugal on June 22,

In Mexico, the number of deaths attributed to the new coronavirus has doubled in the last 24 hours, from 470 Tuesday at 1092 Wednesday, according to the official report of the government. An alarming figure that does not exceed, however, not Brazil, new epicenter of the epidemic, where 1349 deaths were recorded on Wednesday, a record.

In total, the Covid-19 has done 11.729 dead in Mexico, the second balance sheet, the heaviest in Latin America behind Brazil. A total of 101.238 confirmed cases of contamination have been reported since the beginning of the pandemic. The head of the strategy against the Covid-19 in Mexico, Hugo Lopez-Gatell, under-secretary of state for Health, said on Friday AFP that he considered it likely that the country reaches a balance of 30,000 dead.

Although it has been alerted on the dangers to Mexicans back in the public space, given the current health situation, the Mexico, a country of 120 million inhabitants, initiated from Tuesday to restart its economy, the president, Andrés Manuel Lopez Obrador calling for establishing "a new normality in the country".