Case Floyd : why Trump has-t-he waved his Bible in front of a church in Washington ? 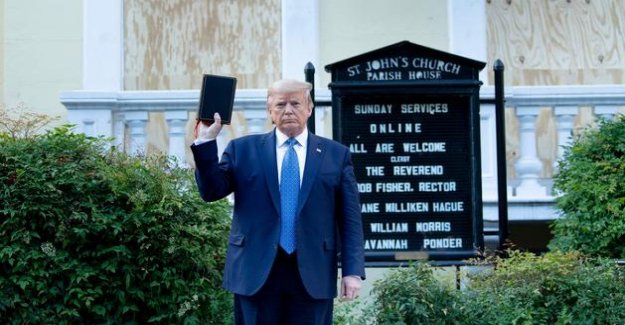 The surprise visit from Donald Trump in front of St. John's church in Washington, Monday evening, does not cease to run out of ink. Monday evening, while several demonstrators were gathered peacefully in front of the White House, reinforcements of the "military police" arrive. Tear gas to disperse the crowd. What's going on there ? The president of the United States leaves the White House, on foot. He crosses the square and goes to the church of St John, a building belonging to the episcopalian Church of the us (and heir to the christianity anglican), where the start of a fire was found the day before, while the city was in the throes of riots after the death of the Afro-American George Floyd, during an apprehension by police. In front of the live cameras, he holds up a Bible, and then takes the pose in front of photographers with his ministers of Defence, of Justice and his chief of staff.

read also : United States: protesters back in front of the White House