Australian Julian Assange and his fiancée, South African lawyer Stella Moris, were married yesterday in a British high-security prison where the WikiLeaks founder has been held since his 2019 arrest at the Ecuadorian embassy in London. 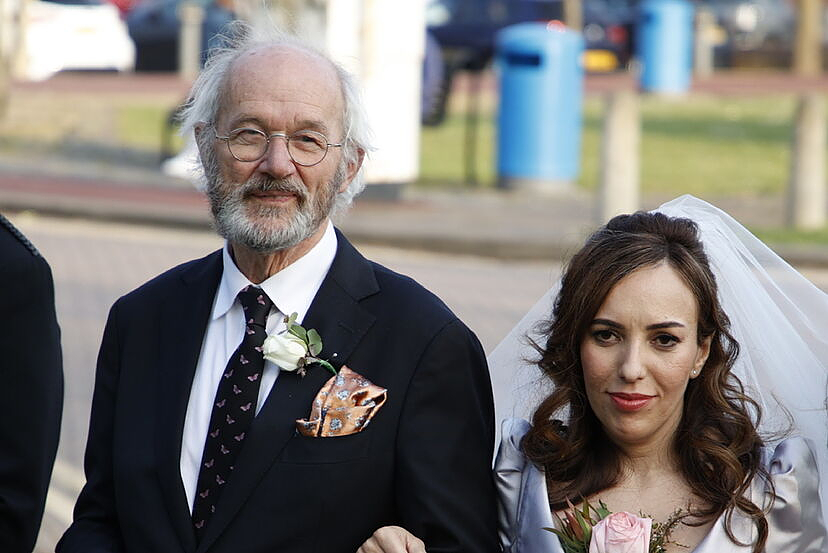 Australian Julian Assange and his fiancée, South African lawyer Stella Moris, were married yesterday in a British high-security prison where the WikiLeaks founder has been held since his 2019 arrest at the Ecuadorian embassy in London.

Assange, 50, is trying by all means not to be extradited to the United States, which wants to try him for the publication, on the WikiLeaks website, of hundreds of thousands of secret documents, which revealed abuses committed by the US army in Iraq and Afghanistan.

Last week, the British Supreme Court denied him the possibility of appealing his delivery, on which the British Minister of the Interior, Priti Patel, now has the last word.

Assange and Moris had two children in secret -Max, 3 years old and Gabriel, 4- during the almost seven years that the Australian lived as a refugee in the Ecuadorian legation in London, where he was arrested in April 2019 when President Lenín Moreno He withdrew the protection that his predecessor Rafael Correa had given him in 2012.

Assange founded WikiLeaks in 2006. Four years later he made one of the most shocking publications that put the government of Barack Obama in check. It was, first, the disclosure of 77,000 military documents and, months later, the publication of 400,000 reports on the war in Iraq. The world was able to see images of deliberate torture and murder of civilians by US soldiers.

His risky maneuver, in the name of what Assange called "bringing to light the government's policies of conspiracy and fear" earned him Time magazine's man of the year in 2010.

Assange is currently in a London jail where his extradition to the United States is at stake.

‹ ›
Keywords:
EmpresastecnologiaSociedadTecnología
Your comment has been forwarded to the administrator for approval.×
Warning! Will constitute a criminal offense, illegal, threatening, offensive, insulting and swearing, derogatory, defamatory, vulgar, pornographic, indecent, personality rights, damaging or similar nature in the nature of all kinds of financial content, legal, criminal and administrative responsibility for the content of the sender member / members are belong.
Related News