What are the best-selling smartphones in Spain?

The terminals that sell the most in our country are around 200 euros, although there are exceptions. 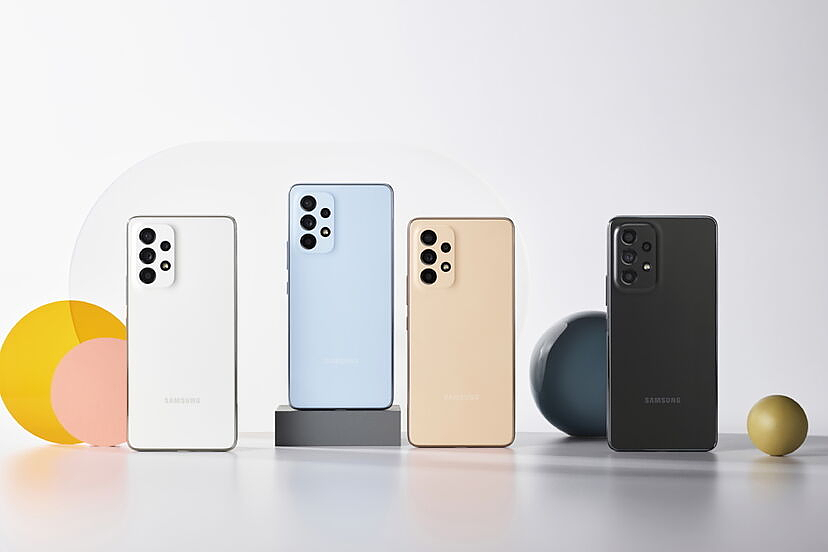 The terminals that sell the most in our country are around 200 euros, although there are exceptions.

2022 has started with news in the mobile telephony sector. After months and months of Xiaomi's leadership as the brand that sold the most mobiles in Spain, Samsung seems to have snatched the throne from it in the first quarter of the year, according to the consulting firm Canalys. The Korean company's strong commitment to mid-range terminals with high performance at very reasonable prices (a strategy that most brands currently follow) seems to have worked and Samsung has increased its market share by 8%. This, together with the 26% drop in Xiaomi, has made the Korean the new queen of sales in Spain, followed by Xiaomi, Apple, Oppo and Realme, according to Canalys.

But, what are the mobiles that these companies sell the most in Spain? Samsung has recently launched two terminals with which it seems to be conquering the national consumer. The company claims that the Samsung Galaxy A53 is one of its best sellers.

This terminal boasts a camera with four lenses and a 64Mpx OIS camera with VDIS technology that takes clear and stable photos at all times. The Galaxy A53, along with Galaxy's signature AI camera, features a large, smooth display and two-day battery life, plus 5G connectivity. It is sold for 449 euros although on Amazon it is reduced to 327 euros.

In the case of Xiaomi, the company breaks records with the Redmi Note range, with more than 240 million units sold worldwide. In Spain, the Redmi Note 11 is currently Xiaomi's best-selling terminal. At a very attractive price of 179 euros, this smartphone equipped with the Qualcomm Snapdragon 680 processor boasts four rear cameras, a 5,000 mAh battery and a Full HD screen.

The third brand that sells the most mobile phones in Spain is Apple. The apple company does not provide exact data on its best-selling phones at the moment, but according to the ranking of terminals with the most sales on Amazon, it is the iPhone 13 and iPhone 11 that take the cake. The first was launched in 2021, but the second is more than two years old and still maintains its success thanks to its price, about 300 euros cheaper than the 859 euros of the iPhone 13.

For its part, Oppo is another of the companies that lost market share in the first quarter of the year, such as Xiaomi, but maintains its fourth place thanks to terminals such as Oppo A94. This equipment, which according to the brand has been a top seller in recent weeks, has 5G, a Full HD screen with an adaptive refresh rate of up to 90 Hz, a quad camera and a 30w fast charge for 259 euros.

The one that grows the most in sales in the national market is realme, specifically 223%. Its star phone is realme 8i, a mid-range device that is sold for 159 euros with more than acceptable features (triple camera, Helio G96 processor and 5,000 mAh battery).

‹ ›
Keywords:
TecnologíaSmartphoneXiaomiSamsungApple Inc.
Your comment has been forwarded to the administrator for approval.×
Warning! Will constitute a criminal offense, illegal, threatening, offensive, insulting and swearing, derogatory, defamatory, vulgar, pornographic, indecent, personality rights, damaging or similar nature in the nature of all kinds of financial content, legal, criminal and administrative responsibility for the content of the sender member / members are belong.
Related News