They will be available from September. 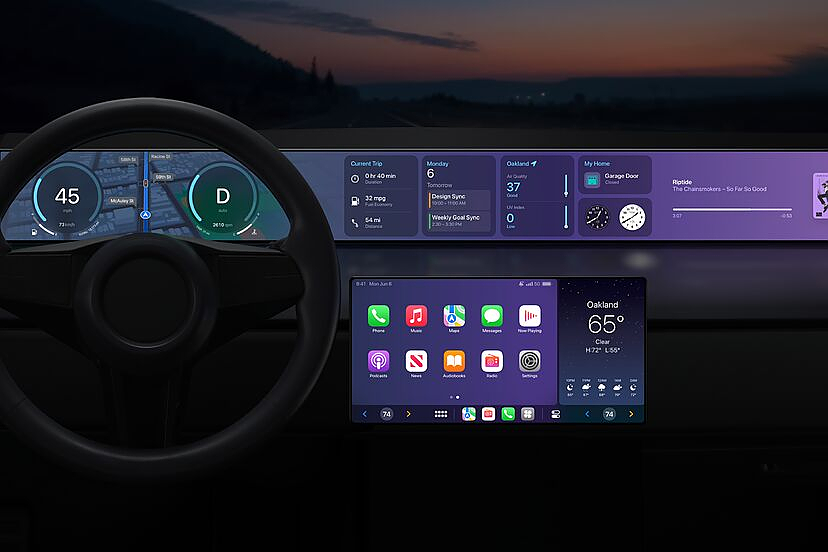 They will be available from September.

Last Monday, the apple company presented the news for developers within the framework of the WWDC (Annual Apple Developers Conference). As usual, the iPhone and the update of its operating system, iOS 16, were the stars of the presentation, because according to those from Cupertino, this is one of the biggest changes in iOS in recent years.

Without a doubt, the biggest update and the most apparent change iOS 16 users will see will be to the lock screen. Until now, this screen only allowed you to modify the background image, but with the new iOS, users will be able to fully customize this panel. Thanks to the new multi-layer effect, the subjects of the photos are placed in front of the time on the home screen to create an effect of depth. In addition, they can also change the format of the date and time with many options of typographic styles and colors and add widgets that are inspired by those of the Apple Watch to be able to easily see data such as upcoming calendar events, the weather, the level of battery or alarms.

Another novelty that will be very practical and will help avoid any confusion is the possibility of scheduling emails and even canceling the sending of a message before it reaches the recipient's inbox. The Mail application also detects if the user has forgotten to include an important part of the message, such as an attachment, and incorporates great new features in the search, which includes innovative techniques to offer more complete, precise and relevant results.

The use of artificial intelligence to turn photos into living elements, from which to extract text, for example, advances even further with iOS 16. With this update, it will now be possible to recognize text in videos. Users can stop a video at any frame and interact with the text. Additionally, the Visual Finder feature opens up a world of photo possibilities by allowing you to tap and hold the image of a subject in a photo to separate it from the background and silhouette it to send separately.

In the case of Apple Pay, users in the United States will have the option of making use of the so-called pay later, that is, dividing the amount of a purchase with Apple Pay into four equal payments over six weeks, without interest or commissions. of any kind. At the moment it is not known if this will arrive in Spain, but what could come sooner is the Apple Pay order tracking option, with which users can have access to detailed receipts and order tracking information for all purchases made with Apple Pay at partner merchants.

Also interesting is the new functionality in the Health, Medication application, which allows you to prepare and manage a list of medications in a comfortable way, create calendars and reminders, and keep track of the medications, vitamins or supplements that a person takes.

It will take us a little longer to see it (because it will also depend on the car manufacturers) but of course the new look of CarPlay is very striking. Apple's platform for cars is renewed and redesigned to become the queen of the vehicle, so that everything works in a unified and coordinated way. This greater integration allows you to control the radio or change the climate control through CarPlay. In addition, thanks to the use of vehicle data, CarPlay displays speed, fuel quantity, temperature and many other data on the instrument panel.

‹ ›
Keywords:
TecnologíaEconomíaNegocios Y Finanzas Computación E Informática SoftwareIPhoneEspaña
Your comment has been forwarded to the administrator for approval.×
Warning! Will constitute a criminal offense, illegal, threatening, offensive, insulting and swearing, derogatory, defamatory, vulgar, pornographic, indecent, personality rights, damaging or similar nature in the nature of all kinds of financial content, legal, criminal and administrative responsibility for the content of the sender member / members are belong.
Related News