These are the best phones under 250 euros

The consumer organization presents a ranking with the best options in 'low cost' telephony. 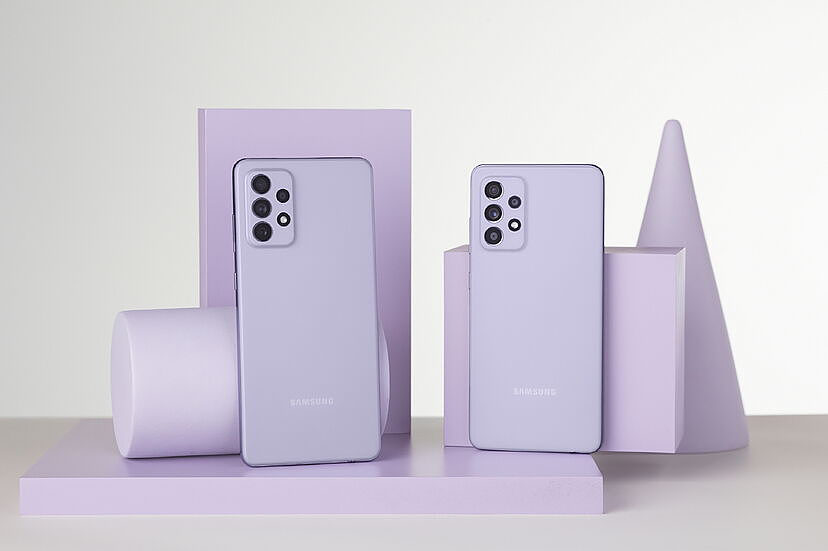 The consumer organization presents a ranking with the best options in 'low cost' telephony.

In Spain, the vast majority of mobile terminals sold are for less than 300 euros. The large teams that are around 1,000 euros are reserved for very few, so the telephone brands do not hesitate to launch a good family of cheap teams and that in turn can boast of good features.

The Organization of Consumers and Users (OCU) has today presented a list of the most recommended smartphones under 250 euros, five options that are far from being the top mobile on the market, but that have good features for almost any user.

A list that practically coincides with that of the best-selling phones in Spain and that we recently published in Expansión.

According to OCU, the strong points of this equipment are the IP67 certification (protection against water), the update to Android 12, the rear camera and the good quality of the screen. Against, the lack of 5G.

The Galaxy A52 is sold in various stores from 249 euros.

For OCU, this model is the one with the best value for money. Among its most outstanding features and for which it is worthwhile, the 6.4-inch screen and 2,400 x 1,080 pixel resolution, the 5,000 mAh battery or the 128 GB of storage, (expandable by means of an external memory card) stand out. with 6 GB of RAM and a Mediatek Helio G95 processor. It is also Dual Sim and has a fingerprint sensor. Against, it does not have 5G.

As for the camera, it has four rear lenses. The main rear camera is a 64MP wide angle, the second an 8MP ultra wide angle, the third is a 2MP macro, and the fourth is a 2MP depth sensor. It has a 13 MP wide-angle front camera.

Xiaomi's Redmi Note 10S is sold from 199 euros and is one of the company's star phones.

Xiaomi is once again the protagonist (and will be again) with its 10T Lite, a very cheap terminal that has 5G, the latest version of Android and good features. Like for example the quad rear camera with a 64MP wide angle, an 8MP ultra wide angle, a 2MP macro and a 2MP depth sensor. As for the battery, it boasts 4,820 mAh and works with the Snapdragon 750G processor and 6 GB of RAM.

Against, OCU assures that it does not have any weak point.

OCU does not hide its weakness for Xiaomi and puts a new phone from the Chinese brand on its list, making the Note 11 another of the organization's master recommendations.

Among the most outstanding features, OCU ensures that its 6.4-inch screen and 2,400 x 1,080 pixel resolution is one of its strengths, along with the 5,000 mAh battery or the quad rear camera. The main rear camera is a 50MP wide-angle, the second an 8MP ultra-wide, the third is a 2MP macro, and the fourth is a 2MP depth sensor.

Of course, among the weak points, it does not record in 4K, it does not have 5G and the performance of the processor is not very good.

The Chinese firm appears on the OCU list as a great option thanks mainly to its price.

Among the most valued features, the organization indicates the quality of the screen (6.4 inches and 2,400 x 1,080 pixels of resolution), the 4,310 mAh battery, or the camera. Specifically, the rear camera consists of a 48MP wide angle, an 8MP ultra wide angle, a 2MP macro and a 2MP monochrome.

Its performance is supported by the Mediatek Dimensity 800U processor with 5G connectivity with 6GB of RAM and 128 of storage and it has 5G.

According to the OCU, this terminal has no weak points and is sold for 190 euros.

‹ ›
Keywords:
TecnologíaSmartphoneXiaomiSamsung
Your comment has been forwarded to the administrator for approval.×
Warning! Will constitute a criminal offense, illegal, threatening, offensive, insulting and swearing, derogatory, defamatory, vulgar, pornographic, indecent, personality rights, damaging or similar nature in the nature of all kinds of financial content, legal, criminal and administrative responsibility for the content of the sender member / members are belong.
Related News