The coming year seems to finally be the year of folding terminals. 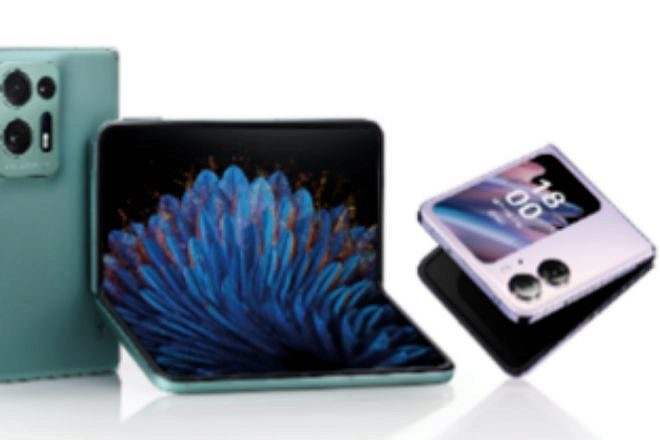 The coming year seems to finally be the year of folding terminals. Although this technology has been on sale for a few years now, the truth is that only Samsung has managed to gain a foothold and make its foldable phone visible on the street. In fact, the Korean company is very strongly committed to its Fold range and they assure that they want these folding phones to outsell their high-end devices, the Galaxy S, by 2025.

Given this scenario, it is not surprising that other technology companies are beginning to get their act together, or rather, to get serious. Both Xiaomi and Oppo had already presented folding phones a few months ago, but 2023 seems to be the definitive year in which we will finally see this technology in Spanish stores.

In fact, today it was the Chinese company OPPO that has confirmed that it is increasing its commitment to this technology in the coming months with a new version of the foldable that they already had and a new shell-type device (flip). "Foldable smartphones are one of OPPO's most important product strategies. With the

OPPO Find N2 and our first flip-style device, the OPPO Find N2 Flip, OPPO competes with great confidence in this growing segment of the smartphone market. We will continue to invest in foldable devices and look forward to bringing them to more users around the world," said Billy Zhang, President of OPPO Overseas Sales and Services.

With its first flip-style folding smartphone, the Chinese company joins other brands such as Motorola or Samsung, which already have equipment of this style and, according to what they say, are the most successful in sales. After three years of development, OPPO claims that its Flip solves many weaknesses of previous foldable phones, including a larger outer screen built into a foldable phone, a 4300mAh battery with MediaTek Dimensity 9000 chipset customized for improve energy consumption, and the second generation Flexion Hinge hinge system that gives the internal screen a practically invisible fold.

Following its launch in China today, OPPO will officially bring the Find N2 Flip to global markets, which includes most European countries, next year.

The Find N2 is the successor to the first folding that the Chinese company launched last year, although it did not reach Europe. Its great strength is its lightness, because with a weight of only 233 grams it is the lightest horizontal folding smartphone in the industry, even more than some traditional flagship phones.

It also boasts of being slim, since it only measures 14.6 mm when closed, in addition to a new central fold of greater resistance and more discreet, since according to the brand it is 67% narrower, which provides a work and entertainment experience more enveloping. The improved hinge also contributes to the fact that the new device does not have any gaps when closed.

The OPPO Find N2 can be folded up to 400,000 times without stopping to function properly, and both the outer and inner screens offer a 120Hz refresh rate.

The open screen is 7.1 inches while the outdoor screen is 5.54. In addition, it is powered by the Snapdragon 8 Gen 1 chip and a large 4,520mAh battery and 67W fast charging.

The OPPO Find N2 also includes a new triple camera system with Hasselblad tuning and the MariSilicon X chip, as well as FlexForm capture. In addition, it has a 50 MP main camera with the Sony IMX890 sensor, a 48 MP ultra-wide-angle camera, which can also be used as a macro, and a 32 MP RGBW 2x telephoto camera, which reduces noise to improve images. portraits and zoom.

As with the Flip, the company hasn't given specific details of when it will hit the European market or its price.

‹ ›
Keywords:
TecnologíaSmartphoneSamsung
Your comment has been forwarded to the administrator for approval.×
Warning! Will constitute a criminal offense, illegal, threatening, offensive, insulting and swearing, derogatory, defamatory, vulgar, pornographic, indecent, personality rights, damaging or similar nature in the nature of all kinds of financial content, legal, criminal and administrative responsibility for the content of the sender member / members are belong.
Related News