Apple Design Awards 2022: these are the twelve most innovative applications of the year

Like every year, Apple has announced during its Annual Developers Conference the winners of the awards that recognize the applications that have stood out the most that year in the App Store. 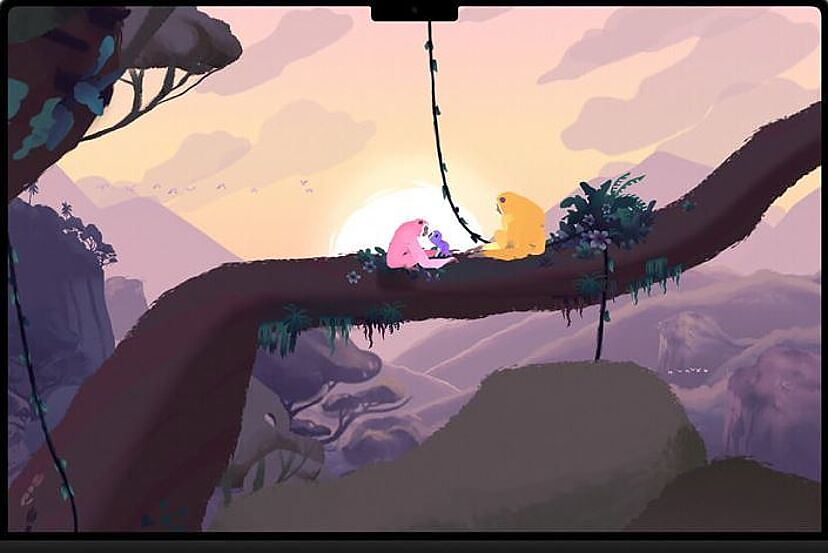 Like every year, Apple has announced during its Annual Developers Conference the winners of the awards that recognize the applications that have stood out the most that year in the App Store.

Apple yesterday held its traditional Annual Developers Conference and, like every year, the North American technology company has awarded its Design Awards, the awards that recognize the most innovative applications with the most attractive design launched that year in its App Store application store.

This year the apple giant has recognized twelve developers from around the world, among 36 finalists, for their excellent design in the categories of inclusion, fun, interaction, social impact, visual effects and graphics, and innovation. These have been the winners:

Procreate is a tool for artists and designers that offers users more creative power thanks to its iPad app. With new accessibility features—such as shake and shake filters, an in-app assistive touch menu, audio feedback, and color blindness settings—that extend support for VoiceOver or dynamic font size, Procreate enables more artists to create interact and express themselves.

Wylde Flowers, an original Apple Arcade game, is based on a story involving characters representative of the LGBTQIA community, with a touch of witchcraft. As the game progresses, we meet characters of all ages, cultures and sexual orientations, and enter a world of healthy habits where magical abilities are part of a storyline that encourages users to reflect on their identity, accept others and help the community.

As its name (a grammatical invention) suggests, (Not Boring) Habits adds a touch of style to the task of keeping track of habits. It features elegant designs and gamification that turn the goal of living better into an exhilarating journey through forests and mountains, and controlling habits into an artistic experience.

Overboard! is a detective novel with a twist: the culprit is you. This is a beautiful and cunning mystery game where players take on the role not of a detective, but of a shocking crime killer who must use his wits to convince his unsuspecting fellow travelers of his innocence. Overboard! It has a very attractive narrative design, short dialogues and multiple endings, so it is perfect to play a lot of games and all of them are different.

Slopes is a ski and snowboard app that provides users with a journal to track their progress on the snow by using GPS on the iPhone or Apple Watch to record distance and speed. Its social features allow you to connect with friends and family at the touch of a button.

With a harmonious combination of songs, stories and artistic creation, A Musical Story reinvents the idea of ​​what a mobile game can be. Its narrative unfolds with animation-heavy minimalism, the gameplay puts a twist on a rhythm game, and the end result demonstrates how seemingly disparate design elements can work in perfect harmony.

Rebel Girls shares the stories of the world's most influential women, from Ruth Bader Ginsburg to Simone Biles to Frida Kahlo. Themes span careers, cultures, and decades, and are voiced and accompanied by illustrations by female, non-binary artists from around the world.

App: Gibbon: Beyond the Trees

Gibbon, an original Apple Arcade game, is an eco-adventure where players swing, flip and slide through gorgeous hand-drawn landscapes in search of their family. Thanks to its mechanics, fun in free mode is guaranteed, but its plot has an environmental background.

This elegant tool integrates features in an interface that stands out for its ease of use and for a clean and perfectly organized design that imitates a film camera. Experienced photographers will immediately recognize every gesture in the app, while those learning focus and exposure adjustments will get the hang of it in no time. This camera is designed for the iPhone and now has a version designed specifically for the iPad as well.

LEGO Star Wars: Castaways is set on a long-abandoned planet, with perfectly recreated environments and smooth animations that immerse the player in a galaxy of action, mystery and the odd dance party with endless customizations and characters.

In the Hate audio app, we find realistic ambient sounds (waterfalls, rushing rivers, electronic murmurs) made even more so with spatial audio and dynamic head tracking. Soundscapes can be customized by adjusting mixes with a circular interface, each accompanied by fluid, futuristic animations perfectly synced with the sound.

Named iPad Game of the Year in 2021, MARVEL Future Revolution brings the Marvel Cinematic Universe to life through an open world, action RPG and a mix of dynamic combat and highly detailed character models.

‹ ›
Keywords:
EconomiadigitalTecnologíaApple Inc.
Your comment has been forwarded to the administrator for approval.×
Warning! Will constitute a criminal offense, illegal, threatening, offensive, insulting and swearing, derogatory, defamatory, vulgar, pornographic, indecent, personality rights, damaging or similar nature in the nature of all kinds of financial content, legal, criminal and administrative responsibility for the content of the sender member / members are belong.
Related News