seventeen minutes before the rocket SpaceX soars through the air, its launch was eventually cancelled. The weather conditions did not allow the liftoff of the f 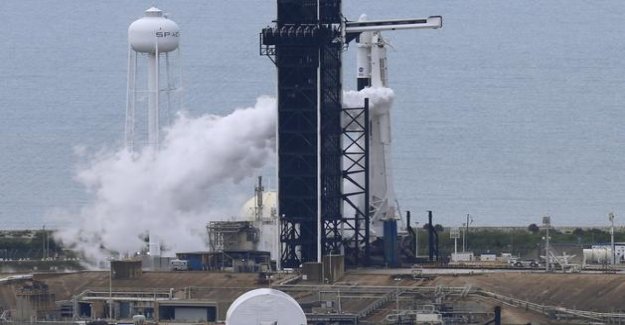 seventeen minutes before the rocket SpaceX soars through the air, its launch was eventually cancelled. The weather conditions did not allow the liftoff of the first manned flight of the company of Elon Musk.

read also : LIVE - Rocket SpaceX : the launch of the rocket, postponed because of the weather

"Dragon, SpaceX: unfortunately, we're not going to run today", said the two astronauts aboard the capsule Crew Dragon for the director of the launch of SpaceX, at the Kennedy space center in Florida. Takeoff was scheduled for 16H33 (22H33 in France), but the risk posed by the rain and the lightning was too important.