The average price of RcAuto? And 400 euro

The average price of the warranty rc car is 404 euro, the lowest of 11 euros compared to the same period of the previous year. Continues the downward trend of t The average price of the warranty rc car is 404 euro, the lowest of 11 euros compared to the same period of the previous year. Continues the downward trend of the prices: down 2.7% on an annual basis. This was made known by the Ivass (Istituto per la vigilanza sulle assicurazioni) on the basis of the data of the Statistical Bulletin HYPER for the fourth quarter of 2019.

For the class 1 there is a large difference in price depending on the age of the insured persons: those under 25, while benefiting from the law the "Bersani", they pay an average premium of 652 euros, those over 60 are charged instead of 357 euros. The under 25 class 14 pay an average premium of 1.173 euro. Continues to grow the appeal to the black box that achieves a penetration rate of 23.3% on a national basis. 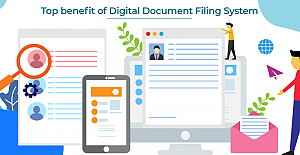