The application of tracing StopCovid, intended to identify the spread of the coronavirus, should eventually be available from Tuesday, June 2, at noon, announce 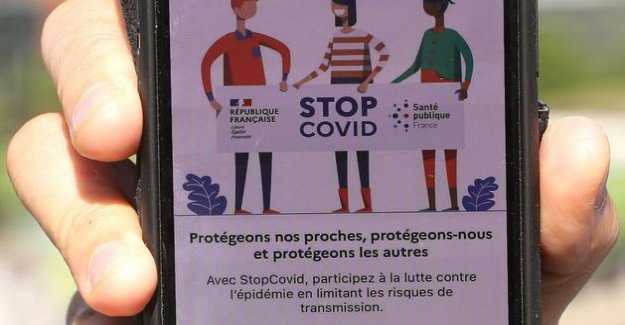 The application of tracing StopCovid, intended to identify the spread of the coronavirus, should eventually be available from Tuesday, June 2, at noon, announced on Sunday the secretary of State to Digital, Cedric O.

read also : The app StopCovid does it serve to something?

"Tuesday noon, the French and the French can be (...) to locate the app and download it" on their phones, and not as soon as this weekend as he had indicated last week, said the secretary of State on Radio J. "We are currently in the process of moving the app on the stores (app stores) Apple and Google" but "there is a time for review", a-t-he explained.

This application has for goal to allow each user learns its contamination to prevent those he has crossed in the two previous weeks, so that they can take their precautions. "We need a maximum of people have it" and "this is what we aim for first are the people who live in cities because they are the ones that are circulating the virus," said Cedric O. He cited in particular the people "who take transit, the people who go into restaurants or go to the supermarkets in the peak hours".

He, however, refused to give a goal of downloads, while the application raises the reservations, in particular concerning the respect of the freedoms. "From the first download, the application avoids contamination", has defended Cedric O, citing epidemiological studies. It was also believed that StopCovid will be "almost a new gesture barrier", with the hand-washing or sneezing into his elbow, and called on the authorities to make the promotion of the application, as they do to the gestures barriers.

The secretary of State has indicated that, until now, the application had not cost anything to the government, except the salary of the public servants who participated in its development, because the companies that have worked on StopCovid have done it for free. "Starting today, we'll go into a period of a little more normal. It is necessary to maintain the application, the host," but "the cost will not exceed more than a few hundred thousand euros per month", he added.