The Cnil vigilant on cameras 'anti-coronavirus

The deployment of surveillance cameras, "smart" considered in the context of the déconfinement may "undermine the proper functioning of our democratic societ 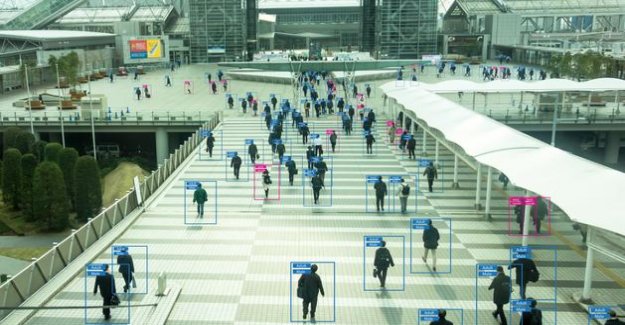 The deployment of surveillance cameras, "smart" considered in the context of the déconfinement may "undermine the proper functioning of our democratic society", held on Wednesday, the national Commission on informatics and liberties (Cnil).

If the objectives of these devices is expected to contribute to the fight against the spread of coronaviruses are "more often than not legitimate (...), their uncontrolled development has the potential to generalize in a sense of monitoring citizens, of creating a phenomenon of habituation and trivialization of technology, intrusive. and lead to increased surveillance," she wrote in a press release.

These devices, " continues the CNIL, should be deployed only with the consent of the people filmed or if they are "necessary" to the objectives pursued and must also respond to the principle of "proportionality", that is to say, do not bear a disproportionate interference with the private life.

The Cnil recalls that, under the general regulation on data protection (RGPD) in force in the european Union, everyone has the right to oppose a capture of his image in the public space. It also considers that the images taken by the thermal imaging cameras are widely used in companies such as Renault or Amazon, should be treated as personal data when they allow identification.

During the confinement, the RATP for example, is associated with the startup Datakalab to measure the proportion of passengers wearing masks at the station in paris (Châtelet-Les Halles with the help of six cameras. The transport company has temporarily suspended the June 12, this experience launched on 6 may last to respond to the concerns of the Cnil.

read also : With telework, the temptation of the remote monitoring of employees

The municipality of Cannes has used the same device to check the port of the mask on the three markets of the city. According to Datakalab, anyone who opposes to be filmed can manifest in shaking the head, an impractical solution in the eyes of the Cnil.

the cnil: a thing useless and despised, including the chair palp 13 000 euros a month of public money to do say anything and do anything. Ah, so, frown .

It's funny that will we police them constantly, as if a world policeman was being put in place. For our good at all, of course...