Misinformation : the EU calls on the giants of the net to do more and supports Twitter in the face of Trump

The european Union has called on Wednesday, the giants of the net to do more to combat the"huge wave of misinformation" caused by the pandemic coronavirus, an 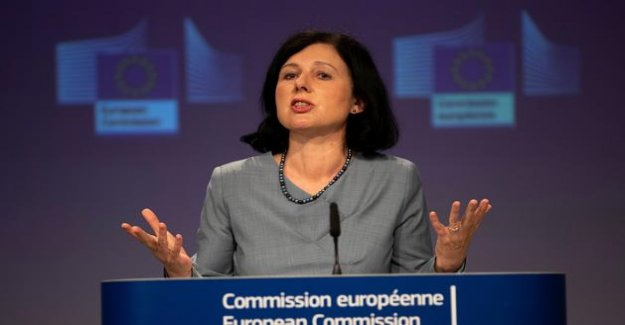 The european Union has called on Wednesday, the giants of the net to do more to combat the"huge wave of misinformation" caused by the pandemic coronavirus, and brought its support for Twitter in its battle against Trump.

also read : Twitter turns off a video of the team Trump a question of copyright

The EU will demand that these platforms (Facebook, Twitter, Google, etc.) publish a monthly report on the actions implemented to combat the misinformation related to the Covid-19, announced the vice-president of the Commission on values and transparency, Vera Jourova, during a press conference alongside the head of european diplomacy Josep Borrell.

Vera Jourova has "welcomed" the measures already taken by the internet giants, but felt that they "had to do more", by presenting a plan to combat the misinformation.

the reports of The platforms should focus on the nature of the misinformation, the size of the network involved, the origin of geopolitics and the target audience, she said. The approach relies on the good will of the platforms, but it is in their interest to provoke the "trusted users". The pandemic has already led the EU to ask the platforms to put forward the information of health authorities such as WHO, and to remove advertisements for fake drugs including.

Google has blocked or removed more than 80 million ads related to the coronavirus, recalled Vera Jourova, who was also welcomed in April of the initiatives announced by Facebook and Twitter to try to curb the spread of infox.

In 2018, these giants of the net are committed, in the framework of a "code of good practices", launched by the eu executive, to act against the dissemination of false information. A code that needs to join soon, the social network TikTok, whose popularity has exploded with the containment, has announced Vera Jourova.

The head of Google Europe, Matt Brittin, reaffirmed the commitment of the american giant of this code and to "work together to find new and creative ways to continue the fight against misinformation".

SEE ALSO Gafa : do you understand the wrath of Trump ?