3 Basic Tips to Improve your Overwatch

In other words-die less. Yup, ironic, but true. When you die in Overwatch you literally do nothing for the next minimum of 20 seconds (10 for respawn and 10 to 30 seconds to get back on the map). If we put in the math in the context of a round it’s four minutes on the first objective on Assault, Escort and Hybrid maps. Dying even two times is effectively taking you out of the game for almost a quarter of the push.

Your presence alone gives three essential bonuses to your team. You are a potential threat, you also divert the attention of the enemy and they are forced to play safer. Lastly it’s additional physiological pressure for the enemy team.

Another key factor is the DMG/HEALS. What it means, that the longer you’re alive the more crucial damage you can bring. Also staying alive gives potential to your team, as they can have your abilities on disposal. Dying not only loses the ability itself, but also the threat of the ability. Imagine, you’re playing Sombra with an EMP ultimate ready, you are a walking danger, because you carry the potential of disabling all the abilities of the enemy team.

Have an adaptive playstyle

Often players come to a certain rank and just can’t go further, because they only have one playstyle. We all have that one tank who’s always way too aggressive, charges into backlines and is dying every fight and then says: “Where is my follow up guys?”or “Where are the heals?”.

On the other side you might find yourself in a match where your entire team is so damn passive, just sitting and waiting for someone else to make things happen. Locking yourself into one playstyle without adapting to the flow of the match will be crucial to your ability to win games and level up. To make it even more vivid to you here is an Einstein quote: “The definition of insanity is doing the same things over and over again, but expecting different results.”

Next time you find yourself in a situation that’s not working out for you, try to make some assumptions. If you are a fire striking diva and you popped off the previous fight, maybe it was because you were pocketed by Anna. Was she enabling you? So what happens now, when you try to do it the same way, but you don’t have any healers helping? Or maybe the best question to ask yourself is why aren’t you pocketed anymore. Maybe the enemy team switched to a flank heavy composition and is now challenging your supports? In this situation if you are unable to control your aggressive playstyle, understand the situation and perhaps play more passively.

To sum up, there are two playstyles. The aggressive one, which is fast and the passive one which is slow. Yet there can be a third, let’s call it calculated. It’s a balance between both. You should really aim for that. Frankly, how many of you tend to just shoot things in front of you and not pay attention to who you should be shooting? That is why the next tip is...

Basically knowing what to shoot and when to shoot it based on the context of the fight.

For instance, let’s say you are a Widowmaker and you have an enemy holding up it’s shield with a Zen behind him and your team is putting you under pressure. So what do you do? You concentrate and hold your crosshairs over Zen. Now you wait for the perfect moment when the shield will be most vulnerable. And get ready to headshot when it goes down. If you charge shots against the shield you might miss this opportunity.

Make sure you use these basic tips in every game and you'll see how your gameplay will improve. Don't be skeptical about their simplicity. 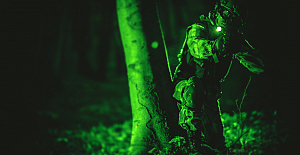