The new MLB season is well under way. While there’s still a long way to go until we get to the most exciting part of the season 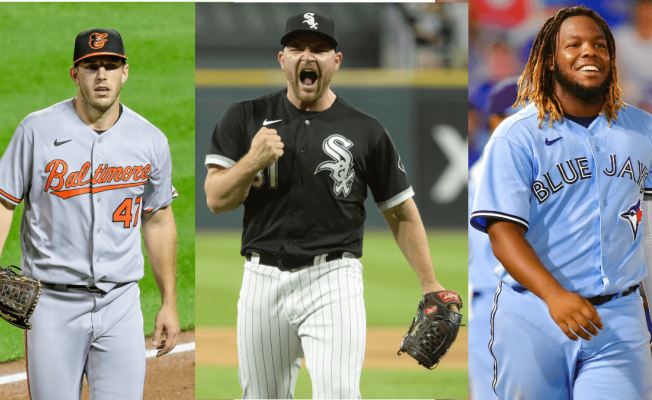 The new MLB season is well under way. While there’s still a long way to go until we get to the most exciting part of the season, which is October baseball, it's never too early to point out teams that just look too good in the American League to make it to the World Series. Some of the top World Series odds predictors already have their favorites lined up, and while the season can be long and treacherous, there are teams that one can tell look all sorts of good.

Here are three teams from the American League to keep an eye on as they navigate their way through the 2021 MLB Season with one goal in mind, making it to the World Series.

Whoever can’t come to the realization that the Chicago White Sox have left their days of not being good at all far behind then just catch a game or two and see why the hype is so real. Chicago’s south side team is the most exciting unit in baseball today for most analysts and they back up the statement with some seriously good talent and playing. Led by veteran manager Tony La Russa who knows a thing or two about taking teams into October and coming out of it with the World Series title, this team is a perfect mix of La Russa’s baseball knowledge and Chicago’s no B.S. attitude when it comes to winning.

With a rotation that’s scary good led by the likes of Carlos Rodón, Lucas Giolito and Dallas Keuchel, and the offensive and defensive prowess of guys like Tim Anderson, José Abreu and Yermin Mercedes, it’s hard not to love the White Sox. The dubbed “bad kids” of baseball because of their strong, in your face, exciting and non-apologetic approach to baseball, if Chicago keeps their groove through the whole season and into the post season it’s a fact that no team is going to want to face them.

The Yankees are back to doing what they do best, having one of the best lineups in baseball and showing why they’re the winningest team in baseball history. While their start of the season was a bit rocky to say the least the Yanks have found their winning ways once again and are feeling all sorts of good. Their offense still hasn’t really shown their true powers, which some teams around the league have taken as great news, but if you give New York enough time to truly find their groove, especially with guys like Aaron Judge and Giancarlo Stanton, then they’ll be a scoring machine.

If there’s always one thing fans can count on with the Yankees is their ability to put together some of the best starting rotations in all of baseball. With guys like Gerrit Cole, Corey Kluber who already threw a no-hitter this season, Jameson Taillon, Domingo German and Jordan Montgomery, they have the depth to make it into the postseason with relative ease. One thing about the Yankees, they are a team made for playing in the postseason, always, so never sleep on the Yanks.

Here’s the thing with the Rays and why you cannot count them out. After making it to the World Series last year in a losing effort to the Dodgers, many experts thought that Tampa Bay was done for, like a one trick pony. With an offseason that saw them lose some of their most talented players from that World Series run the signs for failure were there, but apparently nobody told Tampa Bay they were supposed to be bad this season.

Their rotation led by the likes of Tyler Glasnow, Andrew Kittredge, Rich Hill and Ryan Yarbrough gives all sorts of good vibes off the mound. And while their batting rotation doesn’t read like the all-star list that a team like the Yankees has, their total team stats both on the offensive and defensive side of the diamond speaks volumes of a team that is not cool with being considered a one trick pony. If the Rays are able to hold the Yankees down in the AL East then teams around should take a harder notice to Tampa Bay.