The appeal by Angel Maria Villar, against the Superior Court of Justice of Madrid's judgment of November 18, 2019, has been dismissed by the Supreme Court. 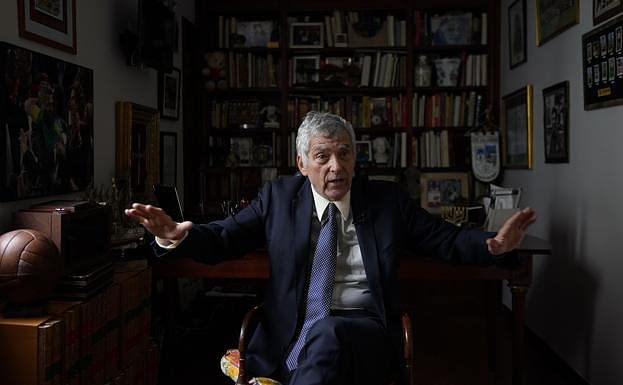 The appeal by Angel Maria Villar, against the Superior Court of Justice of Madrid's judgment of November 18, 2019, has been dismissed by the Supreme Court. This resolution confirmed the decision of the Administrative Court of Sport of Dec 22, 2017, which gave sanction of dismissal as president of the Royal Spanish Football Federation for an infraction that was very serious.

Villar argued that dismissal of a very serious offense can only be imposed if there is an aggravating circumstance. Contrary to what Villar argued, the sentence indicates that the reference in article 22.3a) Royal Decree 1591/1992 of December 23 on Sports Discipline does not define the type of offender or constitute a sine qua nu requirement to agree to the imposition the dismissal sanction as provided for in article.79.2c) Law 10/1990, October 15, on Sport.

Angel Maria Villar Llona was dismissed from the FEF presidency on December 22, 2017 by the Administrative Court of Sport. This was because he was deemed to have committed a serious violation of article 76.2.a). Law 10/1990, October 15, Sports. The following are specific examples of "very serious infractions" by presidents and other directors of Spanish Sports Federations or Professional Leagues. a) Non-compliance with general assembly agreements, electoral regulations, and any other statutory and regulatory provisions.

According to the administrative resolution, Villar, who had ceased as president of FEF and became president of Management Commission without ceasing in those roles, engaged in numerous activities that were intended to promote and publicize his candidacy for the presidency and gain support for your candidacy.

According to the resolution, he did not comply with article 4.4 of Electoral Regulations. "Those who present their candidacy for the governing and representative body of FEF may no longer be members of Management Commission and must cease in said conditions when presenting candidacy in question." He also violated the duty to neutrality that Management Commission must follow according to the Electoral Regulations.

‹ ›
Keywords:
SupremoAvalaDestitucionVillarPresidenteFederacion
Your comment has been forwarded to the administrator for approval.×
Warning! Will constitute a criminal offense, illegal, threatening, offensive, insulting and swearing, derogatory, defamatory, vulgar, pornographic, indecent, personality rights, damaging or similar nature in the nature of all kinds of financial content, legal, criminal and administrative responsibility for the content of the sender member / members are belong.
Related News