The Eugene World Championships will be held in Oregon (United States), July 15th. 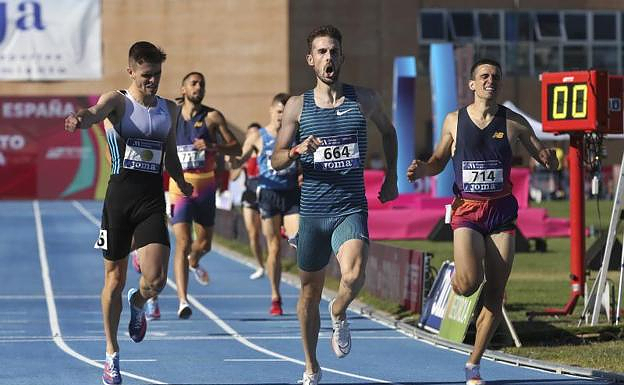 The Eugene World Championships will be held in Oregon (United States), July 15th. It will feature 55 athletes from Spain, nine of whom were finalists at last year's Tokyo Olympics. Eusebio Caceres (4th in length), Alvaro Mart and Maria Perez (4th in 20km walking), Marc Tur (4th in 50km walking), Adel Mechaal (5th in 1,500m), Diego Garcia (6th in 20km), Asier Martinez (6th in 110m hurdles), and Mohamed Katir (8th in 5,000) were the eight Spanish athletes who qualified for the Games. Ana Peleteiro (bronze in length) was the only medalist at Tokyo 2020. She is also pregnant and will not be participating in the first Outdoor World Championships in the United States. Orlando Ortega will not be competing in the hurdles.

The Spanish Athletics Federation (RFEA) has made the following names public: Mariano Garcia, the world champion in the 800-meter indoor track; Adel Mechaal, who will run the 1,500 and 5,000 meters twice; Sara Gallego who was the recent champion of Spain in 400 meter hurdles with a national record; and the marching squad, which includes Maria Perez, Diego Garcia and Alvaro Martin, Marc Tur, and Miguel Angel Lopez.

After meeting the requirements of Jose Peiro and the RFEA Sports Directorate, 33 and 22 Spanish athletes are men, respectively. This is the fourth largest Spanish team to compete in a World Cup. It follows Seville-99 (78 players), Tokyo-91 (58) and London 2017 (56). The University of Oregon's Hayward Field stadium, which has a capacity of 30,000, will be the center of world athletics for the second half of July. It will host the Games between the 15th to the 24th.

‹ ›
Keywords:
EspañaNueveFinalistasOlimpicosMundialesOregon
Your comment has been forwarded to the administrator for approval.×
Warning! Will constitute a criminal offense, illegal, threatening, offensive, insulting and swearing, derogatory, defamatory, vulgar, pornographic, indecent, personality rights, damaging or similar nature in the nature of all kinds of financial content, legal, criminal and administrative responsibility for the content of the sender member / members are belong.
Related News