Musher Brent Sass maintains his lead in Iditarod Trail Dog Race. He was the first to arrive at Kaltag checkpoint on Saturday morning. 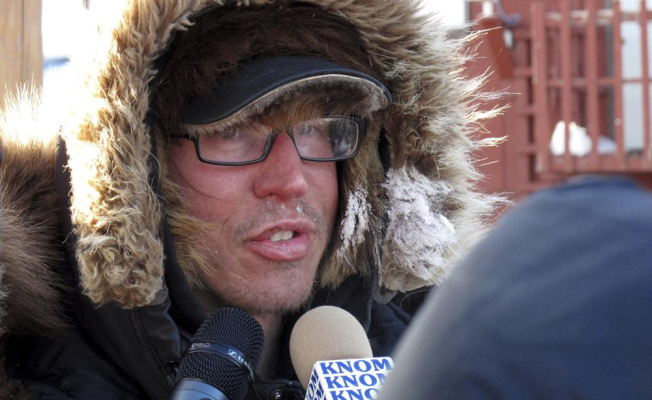 Sass and his 12 dog team arrived in Nulato at 2:36 AM. At the previous Nulato checkpoint, he dropped off one of his dogs.

Sass received a burnt art piece in the form of a fish by Apay'uq Moore and $2,000 along with 25 pounds of fresh Bristol Bay salmon filests to celebrate his first Kaltag victory. He will receive the filets at the end.

Jessie Holmes came in third. Other mushers, such as former champions Mitch Seavey or Pete Kaiser, were also on the trail to Nulato.

The Iditarod began March 6th north of Anchorage and was open to 49 mushers. Since then, four have scratched. Hugh Neff was third on Friday. Neff, in consultation with Mark Nordman (race marshal), decided that it was in the best interests of his team to withdraw.
After being banned by the Yukon Quest International Sled Dog Race and Alaska, Neff took part in his first Iditarod. Canadian and Alaska race officials raised concerns about Neff's dog care after Boppy, his dog, died at the Yukon Quest halfway point.